The Schwerdtle Stamp Company, Bridgeport, Connecticut, is 140 years old (1879 – 2019) this year. Currently owned and operated by Kathy Saint [Schwerdtle] and her brother, John Schwerdtle.  The family company is fourth generation, originally started by John and Kathy’s great-grandfather and great-uncle.

The secret to Schwerdtle’s long success is dedication to its customer, precision work, always looking to the future and evolving with customers’ needs. While Schwerdtle is primarily known for its plastic decorating tools and hot stamping tools, an increasing part of the business is coming from custom plastics assembly and automation applications. In addition to the hot-stamping dies, bottle decorating tools, heat transfer dies and rolls used by decorators, Schwerdtle manufactures silicone sheets and rolls, heat sealing dies, heat staking tools, custom gripper fingers (end effectors) and decorative 3D CNC engraving for sonic welding applications used by the assembly and automation industries.

We spoke with Kathy Saint, president of Schwerdtle and asked her how, in a time when so many businesses don’t make it to a second generation, Schwerdtle has made it to the fourth. “I am asked that question a lot.  I often joke that, while we have always been successful, we have never been successful enough to launch the brat generation that so often kills a business. On a serious note, none of us have ever felt entitled and we certainly have never felt that we could rest on our laurels. The products we make today are very different than those made 140 years ago because each generation has adapted to market circumstances, economic peaks and valleys – surviving the depression, recession, two World Wars, the Dot-Com bust and most recently the economic crisis in 2008 that resulted in the closing of many companies all over the world.  Probably the most important thing our family has done is pay attention to our customers and how they are growing and changing. The second most important thing we have done is to invest in the latest technology to produce the highest quality decorating and assembly tools available in our market.”

“In the early part of the 20th century, Waterbury, Connecticut, was the brass capital of the world. The first metal lipstick container was invented in Connecticut in 1915 and by WW II, use of makeup had lost its stigma as something only used by actresses and prostitutes and was used by women of all ages across the country.  Revlon and Estee Lauder, Max Factor and Elizabeth Arden all used brass lipstick cases and perfume caps made in what we call “the Valley”.

“Our engravers, some of whom came over from Germany as did my Great grandfather and Great uncle, provided beautiful, sculpted tooling to put the designs on these parts.  These same companies produced casings for ammunition which, during the two world wars, was a high-volume business. We made marking tools for the casings as well as the firearms. I remember my grandfather and uncle telling me that during tough times, both markets seemed to do better than most.”

“During the 60’s, our cosmetic customers began to turn from metal to plastic packaging and with that came new opportunities and challenges for decorating. We began making steel hot stamp dies to apply shiny foil to lipstick cases and compacts for the same customers we had been supplying tooling for decorating brass. However, plastic molding was in its infancy and the molded parts were inconsistent and required a more flexible tool to transfer the foil. We had a chemist on staff and tasked him with developing our line of silicone hot stamping dies. He worked with GE and the research center at the University of Massachusetts which was focused on polymers and silicone in particular. This became the focus for growth in our company for the next 40 years. We lost some business in the late 1990’s and early 2000’s when there was a mass exodus of plastic molding to China but in recent years, we have benefited from what has been called “right shoring” as global packaging companies have recognized that paying to ship full container ships to Europe and North America and then paying to ship empty ships back to China did not make good economic sense. Today, we see molding, decorating and assembly being done closer to the customer.”

“The other trend that has been beneficial to our company is automation.  Most of the companies that are decorating their products have invested in automation including automated assembly. We found that plant engineers were calling us more and more frequently asking for sheets of silicone bonded to aluminum, not for hot stamping but for heat sealing, fabricating gripper fingers and other operations that required a tool that was tough, could withstand high temperatures, UV lights, could easily be mounted onto a machine and would not scratch or mar their parts.”

“Our business is still predominantly focused on the manufacture of hot stamp and heat transfer decorating tools but each year, we see more companies interested in our ability to work with their designers and engineers to  manufacture custom silicone bonded to aluminum gripper fingers used to take hot parts straight from the molding machines through inspection. We also are seeing more need for complex, contoured heat sealing dies to silicone pads with vacuum holes for applying labels to packaging.”

“We have a tremendous team here at Schwerdtle and my brother and I are truly grateful for the dedication and loyalty of our employees, quite a few of whom have been working with us for over 40 and even 50 years. It is exciting to see the new generation interacting and learning from our most experienced people while we older folks learn from them. My grandfather would find it fascinating to watch our newest apprentices using their cell phones to optimize feeds and speeds on our high-speed CNC equipment and see a complex mold come out of the machine looking like a mirror in minutes instead of hours. 140 years is a long time, and I feel a tremendous sense of responsibility towards previous generations as well as the Schwerdtle team.”  It is never boring and I still pull into the parking lot every day looking forward to seeing my co-workers, talking with our customers and scanning the market for new opportunities. I can’t imagine doing anything else.” 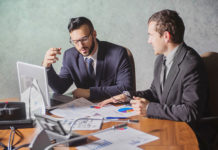 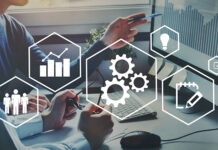