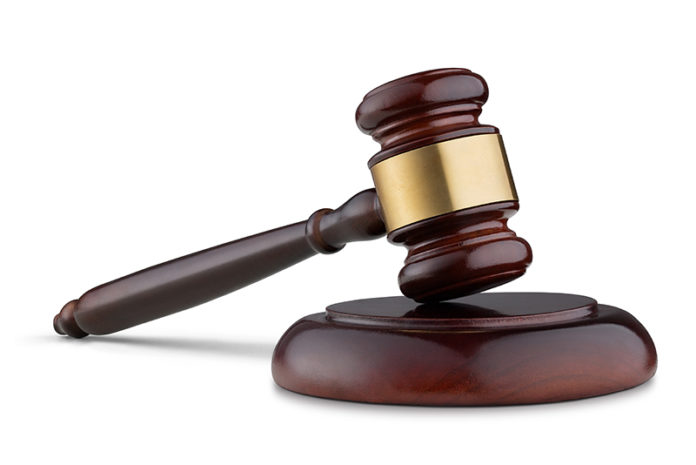 By Marc Rollo and Alexis Way

There is a recent trend of lawsuits being filed, mostly in California, against companies that produce or sell plastic products. In these suits, plaintiffs are alleging, among other things, violations of state consumer protection statutes related to claims that certain plastic products are recyclable. In most instances, the litigation still is in the early stages, considering motions to dismiss, requests for class action certification, and arguments relating to the proper venue as between state and federal court. Nevertheless, rulings may be made this year that could dictate the course of these lawsuits. Highlighted here are a few cases to watch.

Smith, a California resident, filed a proposed class action against Keurig Green Mountain alleging its plastic coffee pods were mislabeled as “recyclable” because, according to Smith, the pods were not recyclable due to their size, composition, and the lack of market to reuse the pods. Smith claimed the reason she purchased the Keurig brand of coffee pods was because of their ability to be recycled and, if she knew the pods were not recyclable, she would not have purchased them. In her complaint, Smith alleged six state law causes of action, including a violation of the California Consumers Legal Remedies Act.

Early in the litigation, Keurig Green Mountain filed a motion to dismiss Smith’s complaint arguing, among other things, there was no injury to Smith, the labeling on the coffee pods was truthful, and that the packaging contained a disclaimer regarding recyclability. Notwithstanding these arguments, the district court denied the motion to dismiss. In denying the motion, the district court judge found that Smith sufficiently pled that she suffered an economic injury because of Keurig Green Mountain’s mislabeling of the coffee pods as recyclable because Smith claimed had she known the coffee pods were not recyclable, she would not have paid what she did for them.

In September 2020, the district court granted class certification and allowed the case to proceed as a class action on the consumer fraud claims. Smith v. Keurig Green Mountain, Inc., No. 18-cv-06690-HSG, 2020 WL 5630051 (N.D. Cal. Sept. 2020). Most recently, however, in late-2021, Smith and Keurig Green Mountain reached an agreement in principle to resolve all claims. The parties filed a joint motion to inform the court of the agreement and are working on the written settlement agreement. As a result, the district court set a hearing regarding approval of the settlement agreement for March 2022.

Although it appears the merits of this case will not be litigated, there is still significance to be drawn from its decisions. First, it demonstrates what a plaintiff must allege, to withstand initial motions to dismiss, in support of class action consumer fraud claims related to labeling products as recyclable. Second, it shows that plastic products manufacturers and sellers can be exposed to class action consumer protection suits related to claims of recyclability.

In another class action suit coming out of the same California district court, Coca-Cola Co., BlueTriton Brands, Inc., and Niagara Bottling, LLC are being sued for, among other things, alleged violations of the California Consumers Legal Remedies Act and the California Unfair Competition Law. In Swartz, three California residents, claim defendants “defrauded consumers, and continue to defraud consumers, by labeling their single-use plastic water bottles as ‘100% Recyclable’ even though they know the bottles are not actually 100% recyclable” because the bottle caps and labels are not recyclable. As a result, according to plaintiffs, the bottles end up in a landfill or are incinerated. The damages plaintiffs requested include restitution and an injunction preventing defendants from labeling and advertising their products as “100% Recyclable” unless they are actually 100% recyclable.

On the same day and in the same district court the Swartz case was filed, the Sierra Club, an environmental organization, filed an action against Coca-Cola and BlueTriton Brands. In its complaint, the Sierra Club’s allegations and damages sought are substantially similar to those in Swartz. For example, in each case the allegations relate to defendants labeling their bottles as “100% recyclable” and seek to preclude defendants from placing that information on the labels.

Both Swartz and Sierra Club are still in the very early stages of litigation, so the legal merits have yet to be determined; however, the district court has scheduled a case management conference to discuss the possibility of consolidating the cases into one action moving forward.

Earth Island Institute, an environmental organization, filed suit in California state court in San Mateo County against the Crystal Geyser Water Company, the Clorox Company, the Coca-Cola Company, PepsiCo, Inc., Nestle USA, Inc., Mars, Incorporated, Danone North America, Mondelez International, Inc., Colgate-Palmolive Company and the Protector & Gamble Company. In its complaint, one of Earth Island’s allegations was that defendants’ placing of the recycling symbol on their products misinformed consumers as to what would happen to those products once placed in a recycling bin, such as that the products would not actually be recycled but would ultimately end up being burned or shipped to a different country and dumped into the water. Earth Island sought relief under several California state laws, including the California Consumers Legal Remedies Act.

One issue that arose early in this case was whether it should be venued in state court or federal court. Defendants set forth several technical arguments to show that federal court was the appropriate forum; however, after analysis, the California district court ultimately determined the case should be heard in California state court, where it was originally filed in San Mateo County. As of January 2022, a trial date for this case has yet to be set by the California state court as preliminary motions are still being made and decided.

While this case has yet to be determined on its merits, its significance, at least in California, cannot be ignored. By allowing this case to proceed in state court, where claims tied to plastic pollution, advertising of recyclability and consumer fraud will be determined by California state law, it potentially indicates that plastic product manufacturers and sellers will be exposed to different thresholds and different standards of liability in each state.

Earth Island Institute also filed suit in the Superior Court for the District of Columbia (D.C.’s state court equivalent) against just Coca-Cola Co., claiming Coca-Cola violated D.C.’s Consumer Protection Procedures Act by marketing itself to be a “sustainable and environmentally friendly company” even though, according to Earth Island’s complaint, it is one of the leading contributors of plastic pollution. Similar to Earth Island v. Crystal Geyser Water Co., Coca-Cola removed the action to federal court, and Earth Island filed a motion to send the case back to D.C. Superior Court. Whether the case will proceed in federal or state court has not yet been decided.

Greenpeace has since filed an amended complaint against Walmart. In response, Walmart has again moved to dismiss the complaint. On January 13, 2022, the district court entered an Order indicating an intention to decide the motion on the parties’ submissions and vacating the hearing that had been scheduled on the motion.

While the cases discussed in this article are still in their infancy, at this stage and until they are decided on their merits, plastic product manufacturers and sellers would benefit from being familiar with the Federal Trade Commission’s Green Guides, keeping up to date on state laws regarding consumer protection and recyclability of plastics and evaluating their own claims of recyclability of plastic products with a critical eye.