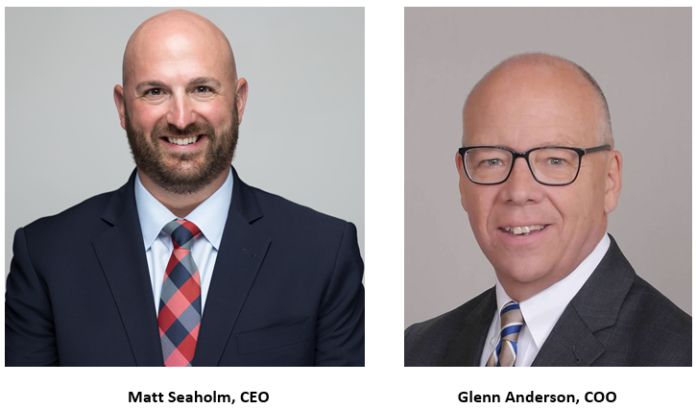 Seaholm has served as PLASTICS’ vice president of government affairs for the past two years. Prior to that, he was the executive director of the American Recyclable Plastic Bag Alliance at PLASTICS. Before joining the association, he was vice president of public affairs at Edelman. He is a veteran of political and policy campaigns, having worked on everything from local ordinance fights to statewide political campaigns to national issue advocacy initiatives. Seaholm has been a public voice on behalf of the plastics industry for more than five years.

Anderson recently served as the vice president, member engagement for PLASTICS before his promotion and held the role since April 2020. Prior to joining PLASTICS, he worked for Milacron LLC (now a division of Hillenbrand) for more than 30 years. During his time at Milacron, Anderson held numerous roles and responsibilities, including vice president and general manager for both injection and extrusion businesses for the Americas and most recently, as senior vice president–global/strategic accounts working with global customers for all Milacron-branded companies, including Mold Masters and DME.