Design Innovations
The first ingredient of “better” is reported by many plastic nameplate producers to be realized by a constant drive to improve nameplate aesthetics through design innovation. 3D effects are key. In the past few years, for example, more substantive 3D looks have been created by dome labels that are made with traditionally silk screened pressure sensitive materials (polyester or vinyl) with a thick layer of polyurethane added to give the nameplate a domed look. Bill Gayton, General Manager of LCM (a plastic injection molding and nameplate manufacturer based in Elk Grove Village, Illinois), says that LCM has recently been making a floating 3D look by debossing the backside of acrylic nameplates. Richard Derickson, President of Hiwasse Manufacturing Company Inc. (a decorative trim manufacturer headquartered in Greater Little Rock, Arkansas), concurs that 3D effects are in great demand. He reports: “There are several ways we can give nameplates and decoratives, which are actually flat, an appearance of depth. For example, some jobs put silver or foil layers behind a somewhat thicker plastic substrate such that you can see there is depth. Advances in paints and coatings have helped in this regard. Often we print on the front of clear nameplates to get 3D effects and the better coatings allow us to do that without sacrificing durability. On the other hand, sometimes it is simply printing with a drop shadow.” Many plastic nameplate makers note that foils typically used for decoration now have a life expectancy as long as the life of the product they are decorating.

In addition a much wider range of requests for gloss options has been reported. Some want especially shiny surfaces, while manufacturers such as computer makers often want a matte appearance to match cabinets.

David Beilfuss, Marketing Manager of Nelson Nameplate Company (an international supplier of custom overlays, membrane switches and nameplates headquartered in Los Angeles), relates that there is also a new trend of more customers seeking superior optical laminations. He adds, “We also are seeing a lot more four-color process printing to give products like computer peripherals a high-tech appearance.”

Tighter Tolerances
Most plastic nameplate producers that have been in the business for a while relate a steady and constant market pressure for higher precision. Ivan Reyes, Manager of Nameplate Manufacturers of America (a Long Island, New York-based full-service label and nameplate house), reports, “A while ago we handled tolerances of 1/64 inch, but today required tolerances are commonly +/-0.005 inches. Before electro-optically registered equipment and other improvements came along, it just wasn’t practical or cost-effective.” Keith Rosenthal, VP of Manufacturing for Mcloone, a full-service screen printing company in La Crosse, Wisconsin that provides graphic design, tooling, and inventory management solutions, echoes this report and notes that customers are getting much more sensitive to burring than in the past. Gayton of LCM adds: “Customers are now requiring precision in the radius of a printed corner relative to a cut corner, something that was never specified in the past. LCM has another customer that also requires us to monitor the thickness of the actual printing because their design calls for laser etching the ink, which can neither be too thick nor too thin.”

The trend toward greater precision seems to be especially predominant among plastic nameplate manufacturers that do significant business in membrane switches.

Cutting Costs of Manufacturing
The plastics used in plastic nameplates have not changed much in recent years, and these material costs have remained relatively constant as well. Rather, most of the response to competitive pressures has come from finding equipment, systems, and processes that enable scrap reductions and decreased labor time. Those who make equipment for plastic nameplate manufacturers have had the task of aiding with increased production speeds.

For example, plastic nameplate manufacturers’ drive to cut production costs was part of what prompted Spartanics to devote its research and development dollars to create both automated feeds that are 50 percent faster than its market predecessors and extractor technology that similarly minimizes labor costs. Today, different automated feeds in the market vary by as much as 50 percent in speed but do not vary that widely in price. This 50 percent improvement in feed speed can readily translate into the equivalent savings of wages for a full-time worker for a 3-shift plant operation, $17,160 annually assuming a $8/hour wage rate or $23,400 annually assuming a $11/hour wage rate. Because of these feed speeds, the fastest ones not only correct material positioning in three axes but also cut costs by reducing scrap and/or material wastage from defective product. Similarly, new extractor technology was developed to help plastics printers eliminate painfully slow manual methods to remove die cut parts or try to make do with inefficient knockout systems that inevitably found difficulties in removing all the die cut parts from the web.

Across the board, North American nameplate manufacturers report that speeding up production processes is an ongoing obsession. Reyes of Nameplate Manufacturers of America summarizes: “Speed is the name of the game now. We do everything possible to speed things up, including a lot of research into the best investments for faster equipment.”

Gayton of LCM points out that the desire to speed up plastic nameplate manufacture is not only making for more responsive suppliers to the industry, but it also is shaping the way in which customers want the final product to look. “Everything is moving towards making it easier for the next user. In the past, we had to die cut individual pieces, but now the adhesive makers are able to give us strips, which makes it much easier for us to align parts to the adhesive. Even in the smallest runs, we now simply have to kisscut and peel, whereas before we needed to fixture the adhesive in order to place it. On the other end, we are getting more and more customers that are asking for studs on the back of the plate. This lets them keep the plates square off and eliminates their need for a template. It cuts their need for skill and time on the assembly line. Five or ten years ago tabs on adhesives were a rarity, but now half of the plastic parts are specified with some sort of tab to expedite removal of the liner from the adhesive or to remove the nameplate from the adhesive.” Many plastic nameplate manufacturers report that the demand for short-run prototype work is up, and that these jobs have increasingly short delivery times. For that reason, along with the new demand for variable information, digital printing is becoming more commonplace in the industry as well.

Hiwasse’s Derickson summarizes: “The market wants jewelry for a dime store price  there is a global competitive pressure driving the demand for low cost nameplates with high appearance values. It is almost passé to say a nameplate has to be high quality today. If you are serving the types of markets we do – appliances, electronics, computers, medical equipment – high quality has got to be there without exception. Each year the bar seems to get a little higher.”

Bob Trkovsky is VP of Sales and Marketing for Spartanics, Rolling Meadows, Il, which engineers and manufactures a wide range of automated equipment used by plastics decorators worldwide. He can be reached at [email protected], (847) 394-5700, FAX (847) 394-0409, or visit: www.spartanics.com. 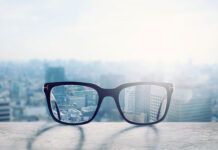