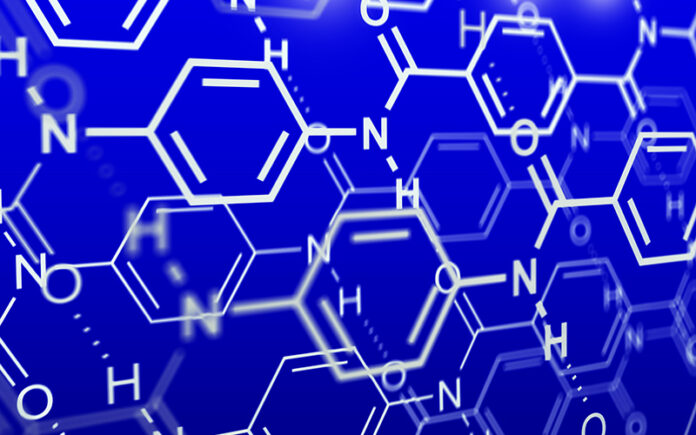 Click Here for a PDF chart that details surface activation recommendations by polymer and relates those polymers to typical industry applications. Information regarding recommended type of atmospheric plasma (corona, flame, and plasma) treatment process and target range of surface activation by polymer type also is detailed in the chart. Many experiments have been performed globally to investigate ways of improving adhesion to polymers. This article discusses current atmospheric surface activation systems, appropriate measurements of wettability and adhesion, over-treatment effects, and surface analysis techniques relative to optimizing the adhesion of inks, paints, coatings, and adhesives to polymer surfaces. Recommendations for improved activation by substrate and application also will be addressed.

Atmospheric Surface Activation Systems
There are three primary types of atmospheric surface activation systems for three-dimensional polymeric surfaces – air plasma, flame plasma and atmospheric chemical plasma regimens. An air plasma treating system is designed to increase the surface tension of polymers in order to allow improved wettability and adhesion of inks, coatings, and adhesives. As a result, the materials treated will demonstrate improved printing and coating quality and stronger lamination strength. The system consists of two major components: the power supply and the treatment device.

The power supply accepts standard utility electrical power and converts it into single-phase, higher-frequency power that is supplied to the treating device. The treating device applies this power to the surface of the material, through an air gap, via an electrode design. Only the side of the material facing the high potential electrode should show an increase in surface tension. When air is exposed to different voltages, an electrical discharge develops. When this occurs, neutral molecules and electrically charged molecules collide. These collisions cause neutral molecules to become electrically charged, resulting in filamentary discharges or streamers. Such filamentary discharges create a cloud of ionized air or an air plasma. When a plastic substance is placed under an air plasma discharge, electrons bombard the treatment surface with energies two to three times that necessary to break the molecular bonds on the surface of most substrates. The resulting free radicals react rapidly with other free radicals on the same or different molecular chain, resulting in cross-linking.

Oxidative effects on treated surfaces increases surface energy as a result of polar groups being created on the surface, primarily in the form of hydroxyl groups, carbonyl groups, amide groups, and carboxylic acid. Since exposures of treated surfaces to high levels of ambient humidity and temperature accelerate polymer side chain mobility and treatment degradation, it is recommended that downstream plastic decoration take place directly following treatment.

Air plasma systems are currently manufactured in two forms: blown arc and blown ion. The blown arc form of air plasma is easily distinguished by the bright flame-like electrical arc that it forms. This sub-form uses two electrodes though which air is blown between them forming this arc-like shape. In this form, the substrate is treated by coming into contact with approximately a quarter of an inch of the arc. The blown ion form of air plasma requires greater pressure of air past the electrode. This sub-form utilizes a single electrode that discharges inside the treater head. The great amount of pressure allows the charged air to rocket out of the tip of the head and form a deep, directed stream of charged ions.

Flame plasma is formed when a flammable gas and atmospheric air are combined and combusted to form an intense blue flame. The surface of materials is made polar as species in the flame plasma affect the electron distribution and density on the surface. This polarization and functionalization is made through reactive oxidation of a surface. ESCA analysis shows that oxidation depth through flame treatment is 5-10nm. This is generally less in depth than air plasma treatment, where oxidation depth is believed to be over 10nm. However, flame plasma treatments extensive oxidation, due to reactions with OH radicals in the flame, results in a highly wettable surface that is relatively stable upon aging.

Flame plasma systems are manufactured with two primary burner configurations  ribbon and drilled port. Ribbon burners are typically constructed with a cast iron body and with stainless steel ribbons that are meshed (or opposed to each other) to construct varying pilot and main flame patterns. As the open area of the ribbon construction increases, so does the capacity of the ribbon burner. Drilled port burners are typically manufactured in brass, stainless steel, or aluminum and offer the flexibility of having varying port diameters and port rows for wide design and treatment adaptations. The substrate is optimally treated by flame plasma when it is positioned approximately 5-8mm above the inner luminous flame cones. Line speed and burner output will affect this positioning.

Atmospheric chemical plasma treating systems generate an electrically charged atmosphere similar to air plasma, but uses chemical atmospheres in place of air to introduce a wide range of surface modifications to a substrate. The systems are characterized by their generation of high-density reactive species for low-temperature material processing. The chemical plasma process can involve surface preparation via the breakdown of low molecular weight organic materials (LMWOM) and surface decontamination, fine etching of the surface to create new topographies, grafting of new functional groups or chemical species on the surface, and the deposition of coatings on the surface.

The treatment process is designed to allow the interchange of gas chemistries relative to the application requirements. In the case of plastic parts, loose surface oligomers and other residues are repetitively cleaved and degraded until they are removed largely by a combination of bombardment by ions and electrons. These organic residues are converted into water vapor, carbon dioxide, and other nontoxic gases or volatilized materials. A noble carrier gas such as argon is typically used to initiate the breakdown of LMWOM and create surface etching for greater adhesion of paints, inks, coatings, and adhesives. The gas species that is ionized, along with the composition and structure of the polymer itself, are the key factors that determine the degree of etching. To maximize adhesion of paints on plastics (particularly thermoplastic olefins), the deposition of polar functional groups from the use of oxygen and acetylene reactive gases with the carrier gas can be particularly effective.

Atmospheric chemical plasma treatment systems are typically non-thermal, atmospheric-pressure, glow-discharge plasma systems that generate uniform and homogenous treatments. The level of surface tension and longevity of treatment are both typically greater than air plasma treatment effects and similar in treatment effect to flame plasmas. The substrate is optimally treated by atmospheric chemical plasma when it is positioned several millimeters downstream from the source. Line speed, power level, chemistry, chemistry mixtures, and material composition primarily determine levels of etching and functionalization that can be achieved.

Measures of Wettability and Adhesion
Substrates such as plastics are generally composed of non-polar, long-chain molecules. Polymeric surfaces have a small amount of free energy. Fluorocarbons, silicones, and vinyls have particularly low free-surface energies. As such, plastics have few available bonding sites due to low levels of charged ions on the surface. In addition to low surface energies, plastics have diverse levels of conductivity, may be composites in structure, and may be blended with processing additives. All of these variables can have a negative impact on molecular attraction, causing liquids to fail to wet the surface.

The surface energy of plastics must significantly exceed the surface tension of liquids by a recommended level of 10 dynes/cm to prevent paint or ink picking/lift-off and delaminations. Reliable and repeatable measures of wettability and adhesion are critical to successfully paint, print, coat, and laminate three-dimensional substrates.

The use of dyne solutions is the most common method of measuring the surface tension of substrates. This process uses varying proportions of formamide (HCONH2) and ethyl cellosolve (CH3CH2OCH2CH2OH). The percentage of each chemical used is dictated by ASTM D2578-84, and directly correlates to surface tension of the solution usually ranging from 30-70 dynes/cm. The ASTM standard requires ambient temperature (23±2ºC) and relative humidity (50±5 percent) test conditions, due to the inverse temperature/surface tension relationships of liquids. A sterile cotton swab is used to apply a thin coating of the dyne solution to the substrate. If the dyne solution does not bead up within two seconds, the surface tension of the substrate is determined to be at the dyne level of the solution used or higher. This testing method is fast and cost-effective. Use of a consistent number of drops of dyne solution on individual swabs for each test adds reliability to the method. Dyne markers also are used in the industry, but care must be taken to clean contamination from the tip following each test.

Contact angle is another method often used to determine surface tension, cleanliness, bondability, wettability, adhesion, bio-compatibility, and coating quality. Advancing angle measurements best represent the wetting of the substrate while receding angle measurements can predict the adhesion characteristics of the substrate. In some cases, the variation of the measured contact angle of the pretreated surface from location to location is larger than the average reduction in the contact angle by pretreatment. To gather meaningful data, the same point on the surface should be used to measure the contact angles before and after pretreatment. This reveals the change in contact angle due to cleaning while minimizing the effect of surface variation.

Over-Treatment Effects
The primary objective of surface activation systems is to introduce high energies to bombard ions against surfaces and remove contaminants so a more stable polymer surface is exposed. And in the case of a plasma discharge, these bombardments can facilitate the further etching, grafting, or the deposition of surface coatings. Excessive surface treatment can result in an extreme bombardment of the base polymer, which ultimately can destroy the entire polymer part. Depending on the treatment process, pin-holing, surface degradation (i.e., redevelopment of LMWOM), and accelerated treatment decay rate are typical outcomes from atmospheric surface activation system over-treatments.

Background and Development Effort
Because the processing of plastic substrates is typically in-line or continuous from surface activation through the adhesion of inks, paints, coatings, and adhesives, experimental focus was placed on determining the treatment effectiveness of different atmospheric surface activation systems on various plastic substrates rather than on long-term treatment degradation profiles. As such, an analysis was conducted of immediate post-treatment surface energy as created by air plasma, flame plasma, and atmospheric chemical plasma, and measured by the use of dyne solutions and sterile cotton swabs. Trials were conducted within the Enercon Industries surface treatment laboratory at a processing speed of 50fpm. Power outputs for Enercon-designed air plasma, flame plasma, and atmospheric chemical plasma systems were controlled to standard design outputs. The flame plasma treater utilized a triple-slot burner, while the chemical plasma system utilized helium and oxygen chemistries.

With the exception of PTFE, the polymer substrates chosen for this analysis were treated by air plasma, flame plasma, and atmospheric chemical plasma at or above surface activation levels considered adequate by industry standards for promoting the adhesion of aqueous-, solvent-, and UV-based inks, paints, coatings, and adhesives. High levels of reactive oxidation and surface functionalization by flame plasma and atmospheric chemical plasma, respectively, are assumed to be key in generating dyne levels higher than air plasma for all tested polymer substrates.

Rory Wolf is the vice president of business development for Enercon Industries and has over 26 years of experience in polymer and paper surface modification. He has authored and published 30 industry articles, 19 technical papers, and two books on plastics surface modification for adhesion promotion by use of atmospheric plasma technologies. For more information, contact Rory Wolf at rwolf@enerconmail.com or visit www.enerconind.com. 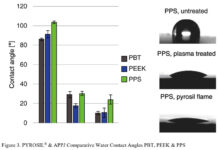 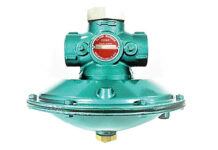