The most sought after features in plastics decoration either are a tactile surface feel or the visual impression of depth. These can be achieved by many methods, and new or evolving materials and processes for these are appearing almost every day. Often, attempts are made to protect new ideas by taking out intellectual property rights; trawling for new patent applications at the same time as watching out for general news items makes for a much improved method for keeping tabs on what is being thought of, where ideas are coming from and what we are likely to see marketed in the very near future.

The ultimate sought-after effect, of course, would be a tactile finish that can be regulated on the spot. The plastics decorating industry is starting to see the use of electrical or other physical impulses to alter the color, reflectivity or feel of a surface. For example, a notable recent discovery from Duke University is a polymer that changes from rough to smooth when a voltage is applied.

Many traditional solutions in this field continue to evolve, starting with molding. Inkjet, for example, has made it possible to print a resist onto a mold cavity surface prior to etching1. Where tactile effect has been achieved through choice of molded resin, complete or partial over-molding components with haptic materials has become increasingly common. A new continuously manufacturable super-soft TPE for over-molding2 is a plasticized styrene block copolymer (SBC) of Shore 000 hardness of between 45 and 60. A TPE has been developed for producing artificial leather skins for instrument panels3. Masterbatches that create haptic effects come from companies such as Kraiburg in Germany. Americhem of Cuyahoga Falls, OH, offers nGrain simulated wood-grain. Leather pellets also have been developed for adding as a masterbatch4.

In-mold coating or skinning is a relatively new way of applying such finishes. Engel and KraussMaffei5 in Germany have worked with companies such as Bayer MaterialScience and Evonik to develop in-mold coating of haptic finishes with their Dolphin and SkinForm processes respectively.

Blow molding is a highly versatile process that lends itself to being developed for special effects. One recent innovation is a process for a bottle on which the handle portion is coated with a tactile slip-resistant material of less than 60 Shore hardness6. A blow molded item can be subjected to a multistage blowing and reheating process in order to alter its shape and surface characteristics7. The extrusion rate of a viscous colored layer can be deliberately varied in order to create color swirls, waves, droplet-like elevations, crater-like cavities, and streaks of varying transparency in a bottle8. A blow molded bottle with a camouflage appearance9 recently has been seen – this process involves randomly extruding foaming material in order to create a 3D finish.

A depth look can be achieved by over-molding a layer of translucent polymer. This can be used to sandwich a decorative item such as a thin metal foil, film, fabric or digitally printed image or surface such as an imitation wood veneer, placed on a mold core, before sequentially injecting from behind and in front10. A light-transmitting rear layer can be used to illuminate the final object with integrated illumination11.

A recent invention calls for a process whereby a heat-shrinkable acrylic sheet is selectively reverse printed with IR-absorbing or -reflecting inks so that differential heat shrinkage occurs according to the printed pattern. The sheet then can be thermoformed onto a object to be decorated, thereby leaving a relief-patterned surface on the final part12.

In cases where special “effect” pigments are relied upon, new and more sophisticated types of pigment continue to appear from the likes of BASF, Eckart, JDSU, Merck, Silberline and many others. At least one or two of these appear every month.

In-mold decorative processes such as FIM, IMD, IMF, IML and IMR can be used to obtain tactile and 3D effects. DSM in Holland offers a license for in-mold tactile film application. One in-mold film offers visual cubic effect sheet with embedded glass beads backed by metallization13. The film can be optionally decorated.

3D patterns using in-mold film recently have been developed by several companies14-18. One example is a film that is 25-100 microns thick, and the 3D effect is screen printed with more than 70 microns thickness using epoxy ink with inorganic filler. The film is placed relief-side towards the polymer melt and is removed after molding19,20.

The film can be metallized and coated with a UV-cured 3D pattern21. A soft-feel film for IMR has been invented using 2-10 microns of compressible layer22. Raised areas in an in-mold label have been developed using MUCELL® technology23. The principle is to mold a polymer with an expansion agent and to selectively print areas of the inner side of the label with an ink that does not adhere to the melt.

When a separate decoration process is to be used, tactile effect UV screen printing inks come from the likes of Coates, Dubuit, Kiwo, Marabu, Nazdar and RH Solutions. Printers can use as few as 60×140-micron threads/inch to provide a Braille-like result. Inks and coatings also can be formulated to provide shrinkage phenomena during drying and curing in order to create crack and wrinkle effects. Surface tension phenomena can be used to create water droplet effects. Microcellular foaming of inks now can be induced by ultraviolet light.

Solvent and waterborne PU soft touch coatings are associated with well-known suppliers such as Bayer and Mankiewicz and have been around for years. Recently, these have been given improved chemical resistance24.

Laser etching can be used to selectively remove or roughen a surface.

Inkjet printing is another decoration process that lends itself to creating tactile finishes26,27. One recent development involves using an inkjet process for printing a relief surface on a component prior to metallizing, thereby creating an embossed effect referred to as digital embossing28. A decorative relief effect also has been obtained by inkjetting an adhesive and pouring a topping material, e.g. glitter, before curing and over-coating with an optional protective coating29.

A coil foil decoration process has been developed whereby the applied adhesive thickness applied to the substrate before foiling can be as much as 4 to 150 microns, thereby producing a relief metallic image once the foil has been transferred30.

Two well-known Japanese companies have developed water-transfer processes for imparting a tactile feel to a component31,32.

The idea of magnetically orientating pigments in order to obtain an apparent 3D effect has been around for decades, but it had only recently received significant attention, mostly for anti-counterfeit and security purposes. The principle is to bring an engraved magnet as close as possible (ideally 33,34,35,36,37.

Wet-on-wet coating effects have been produced using a double-basecoat finish followed by a partially-applied clear topcoat in order to achieve a patterned effect. The two coats only are partially miscible, thereby giving rise to a patterning effect38. Flow patterns have been produced on wet lacquer by selectively pouring an alcohol into areas of the wet coating39.

Lacquer surface texturing involves applying a lacquer to a substrate and then pressing a mold into the lacquer surface prior removing and curing40,41,42,43. Another method to create a 3D effect is to press a relief die into a hard topcoat covering a softer coating44. A recent invention involved selectively UV curing a coating and washing away uncured areas in order to create a lenticular effect. A light-steering variable thickness optical layer can produce a depth effect over printed moiré patterns45.

Ed Crutchley is a specialist in plastics decoration and surface treatment. He provides a monthly innovation watch and annual survey for major players in the plastics industry. For more information, visit www.pdtechwatch.com. 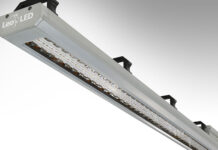