Reprinted with permission from SGIA

When decorating or printing a plastic substrate, it is of utmost importance to know the exact type of plastic in order to plan and prepare for potential roadblocks. There are specific formulations of inks for the variety of plastics in the marketplace. This article will explore how to identify different types of plastics and how this can affect the type of ink formulations used for specific applications.

The two terms with which we are basically concerned are thermoplastic and thermosetting plastic substrates.

Thermoplastics are those that can be reshaped or reformed by the application of heat. They include acrylics, cellulose derivatives, polystyrene and vinyl. Thermosetting plastics, once they have been shaped and cured, cannot be reconverted. These include phenolics, polyesters, melamines and epoxys. It should be noted, however, that polyesters also may be thermoplastic, such as polyethylene terephthalate (Mylar). Thermosetting polyesters are crosslinked types, as used in glass-reinforced plastics. It is important that the printer know this: before accepting a job, he should be fully aware of the end use of the product to be imprinted and requirements such as heat/abrasion/solvent and chemical resistance, as well as weathering and light fastness requirements of color must be understood to ensure the proper selection of ink for each job.

In many cases, plastic substrates contain plasticizers which tend to migrate into the ink printed on the surface. This applies particularly to thermoplastic products, although even here there are exceptions: Mylar, ABS, polystyrene and acrylics do not contain migratory plasticizers. When these plasticizers are present, however, it is necessary to allow the ink to reach a stage of equilibrium with the plastic stock. In most cases, this will not be reached until at least 24 hours after printing and this is the reason why this minimum time lapse is essential after test printing and before starting a production run. The required tests will vary, but apart from the obvious one for adhesion, the printer will have to test for distortion of the plastic surface, the suitability for embossing, for thermal diecutting, as well as product resistance. Will the ink resist the product with which the plastic surface may subsequently come into contact? When printing plastic containers, for example, the printer must ascertain the nature of the product with which the container will subsequently be filled, as this will have considerable bearing upon ink selection.

When in doubt about the plastic substrate to be imprinted, it is advisable to perform some simple tests to ascertain the nature of the substrate and its generic name. There are various ways of testing these substrates, and the following hints may be useful:

Vinyls are thermoplastic and are supplied in both rigid and flexible form. One may recognize vinyl by applying what is called the “hot copper wire test.” When heated copper wire is placed onto the surface of the vinyl film and immediately returned to the flame, it will produce a yellow flame that will cease burning as soon as the wire is removed. If a flame is allowed to contact the vinyl sheet, a green coloration always is visible at the bottom of the flame if the material is polyvinyl chloride. Burning vinyl will produce black soot and have a sharp odor reminiscent of chlorine.

Like vinyls, acrylics are thermoplastic, but have otherwise entirely different characteristics. To the screen printer, they are important for outdoor displays and they can, of course, be vacuum formed, although great care must be taken in the choice of ink when forming these products. Inks for acrylics contain special resins which are based on the same systems as the acrylic substrates. With acrylics, solvent resistance must be checked because many are attacked by cleaning fluids, acetones and oxidizing agents. It is advisable to use specific acrylic ink formulations, although synthetic enamels as well as some lacquer type inks often are suitable.

Acrylic substrates most easily are identified visually, but the flame test may be used. It will produce a yellow flame and, unlike vinyls, will continue burning after the flame is removed. Acrylics also have a very unpleasant odor which is unique to acrylics. In this case, one may employ a further recognition test: while burning, acrylics will produce a distinct crackling noise. Another way of identifying acrylics is to either file the edge or use a hacksaw to cut a piece. The characteristic odor of monomer can then be noticed.

These are the oldest known thermoplastic materials. One of the first of these had the trade name “celluloid.” Their use is decreasing because some are highly flammable and have poor light resistance, although they have high impact strength. We are concerned with two principal products which fall into this group:

Cellulose Acetate. This may be imprinted with many gloss vinyl inks, as well as lacquers and some so-called multipurpose plastic inks. Cellulose acetate is available in two principal types: cellulose diacetate – which usually presents no severe problem for screen inks; and cellulose triacetate – which causes considerable adhesion problems and may require special formulations. It will burn with a yellow flame center surrounded by blue and will continue burning after the flame is removed. The initial odor upon burning is reminiscent of vinegar.

Cellulose Acetate Butyrate. This can be used for outdoor point-of-purchase displays and has better water and weathering resistance than cellulose acetate. The most obvious difference is that butyrate has a somewhat objectionable odor at close quarters. It may be imprinted with certain acrylic type formulations as well as some lacquer inks. Upon burning it will show the same flame characteristics as cellulose acetate but will produce drops of melted plastic. The odor is similar to that of rancid butter.

The best known of these are polyethylene and polypropylene. Polyethylene is most widely used in the container industry because it is strong, lightweight and highly resistant to breakage. It may be molded, extruded or formed and easily is colored. Polyethylene must be pretreated either by flame treatment or corona discharge prior to printing. Epoxy inks and synthetic enamels generally are recommended for printing on this product.

Polypropylene is one of the lightest commercially available thermoplastics. It has greater rigidity than polyethylene as well as excellent surface hardness and good scratch and abrasion resistance. It has wide uses in the manufacture of bottle caps, medicine cups and housewares. It also usually requires pretreatment, and epoxy type inks are most suitable.

Polyolefins can be recognized by a flame with a blue core surrounded by yellow. In other words, the flame produced will be opposite to that of the cellulose derivatives. Polyolefins will melt, forming into tiny drops and their odor upon burning is similar to that of paraffin.

There is a class of substrates consisting of two or more groups of plastics, and one of these is extruded, fluted, polyethylene/polypropylene copolymers. These have a wide variety of point-of-purchase and packaging applications and are known under different trade names. The products usually are supplied in either corona-treated or top-coated form. It must be remembered, however, that corona treatment will not last indefinitely and special ink formulations are available which provide good adhesion even to indifferently treated stock. These special formulations also have the added advantage of being highly water resistant. Even if some inks show good initial adhesion to this material, continued rain water may weaken this considerably and that is why such special formulations are recommended.

Orientated polystyrene is produced by biaxial orientation during extrusion and overcomes the brittleness inherent in polystyrene and increases the strength while retaining the desirable characteristics of regular polystyrene, such as clarity and dimensional stability.

There also is polystyrene foam which is, however, extremely sensitive to solvents and usually requires special ink formulations. For most polystyrene, acrylic type inks are safest. Polystyrene can be recognized by its bright yellow flame, which will continue burning after the flame is removed.

ABS stands for acrylonitrile-butadiene-styrene. As the name implies, its principal components are acrylics and styrenes and for printing purposes, therefore, ABS has similar qualities and accepts many types of acrylic ink formulations. It may be vacuum formed, blow molded, extruded or calendered and has exceptional chemical resistance, toughness and a high gloss. Unfortunately, the flame test for ABS is not conclusive due, no doubt, to its styrene and acrylic composition.

Phenolics are thermosetting and have wide uses in the electronic and appliance industries. They have great heat resistance and excellent insulation qualities and may be molded into rigid shapes with good surface finish. While they have fairly good solvent resistance and low water absorption, they tend to become yellow when exposed to actinic light. Epoxy inks are recommended when printing these products.

When holding a flame to phenolics they will not burn but turn into a carbon-like substance. They will give off a unique odor peculiar to phenolics.

This thermosetting group includes melamines and ureas. They are available in a wide range of translucent and opaque colors and are quite hard, scratch resistant and unaffected by alcohols, oils and grease. They also are used as closures in the packing industry, as well as in electrical components. Epoxy inks should be used. When applying a flame, phenolics will at first burn quite brightly, but the flame will soon extinguish itself to form a soot-like substance. In other words, melamines and ureas are difficult to distinguish from other phenolics.

These are thermosetting plastics which have become of interest to the printer. They may be molded, cast or extruded and have very good moisture- as well as high impact- and temperature-resistance. They are virtually impossible to break and are used for vandal-proof sign work. They also are used in the manufacture of containers that have to be sterilized. It must be pointed out, however, that polycarbonates are more sensitive to solvent attack than acrylics.

Some vinyl inks and acrylic formulations are suitable. There is no foolproof flame test to recognize polycarbonates, but to distinguish them from acrylics, the break test may be applied: acrylic will shatter with a blow from the hammer, while polycarbonate is more likely to break the hammer!

These find their widest application in the pressure-sensitive field. The most commonly known product is DuPont’s Mylar film. They are thermoplastic, and special ink formulations must be used unless the material is pretreated with a base coat, after which they often can be overprinted with synthetic enamels or lacquers.

While there are, of course, many other plastics, the ones described above are those of prime interest to the screen printer. Since they show varying degrees of ink compatibility, the screen printer’s choice of ink therefore has become very confusing. When printing on these surfaces, it is absolutely imperative to schedule production timetables to allow for sufficient testing procedures. Every reputable ink manufacturer will make this recommendation in order to avoid unnecessary problems after the job is rejected. Ink manufacturers will test printers’ substrates under their own laboratory conditions and basically will advise on adhesion. Given time, however, the ink manufacturer can make recommendations concerning solvent resistance, weatherability and other specifications. Even then, however, it must be remembered that an ink laboratory operates under conditions different from those at most screen printing shops. Allowances must therefore be made and the only foolproof tests should be carried out right at shop level. 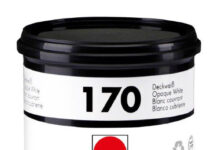 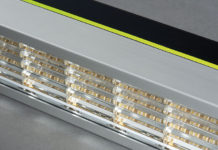 LED Curing of Inks and Adhesives – and Beyond 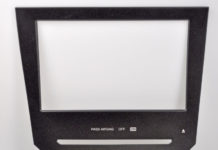