In a recent decision illustrative of the war on overbroad language in employee non-compete agreements, one court made it clear that trying to use “catch all” language and “blue pencil” provisions may backfire in a big way. Casting a wide net may spell serious trouble for the employer.

In this case, a salesman worked for a high-end appliance distributor for nearly 14 years. Six years into his employment, he signed an employment agreement that contained a confidentiality clause and a covenant not to compete (“Agreement”). In relevant part, the Agreement prohibited the salesman from providing “services similar or competitive to those offered by (the employer) to any business account or customer of (the employer) during the term of (salesman)’s employment …” or “(w)ork(ing) in a competitive capacity” for two years after separating from (the employer). The geographic limitation included the state of Indiana, Marion County, those counties surrounding Marion County and the 50-mile radius of the salesman’s former principal office in Castleton, Indiana.

Contrary to these restrictions, the salesman resigned from his job and accepted employment with a competitor. The employer sued.

After concluding that the employer had a legitimate protectable interest, the court analyzed the reasonableness of the Agreement’s activity prohibitions, finding the employer’s customer base restriction and the scope of prohibited activities unreasonably overbroad. The customer base restriction did not limit contact to present customers, but effectively applied to all of the customers during the 14 years of employment. The court concluded that even though present customers constitute a protectable interest of an employer, an employment agreement restricting “contact with any past or prospective customers, no matter how much time has elapsed since their patronage has ceased,” presents a restriction too broad in scope.

Further, the court found that the restrictive covenant prohibiting the salesman from “work(ing) in a competitive capacity” and providing services competitive “to those offered by (the employer’s)” for any competitor constituted an unreasonably overbroad restriction on the salesman’s economic freedom. In essence, the covenant prohibited “harmless conduct” and activities entirely unrelated and distinct from the services performed as the salesman while at the employer.

The court’s scrutiny did not end on the scope of the restricted activities; it also found the geographic restriction unreasonably overbroad. The court noted that the reasonableness of “a geographic scope … depends on the interest of the employer that the restriction serves.” The court accepted that a 50-mile radius of the principal office limitation may represent a reasonable restriction, but criticized that the covenant also encompassed an expansive area in addition to the 50-mile radius limitation. Accordingly, the court concluded that such a restriction unreasonably infringed upon post-employment opportunities.

Blue-penciling failed to save the day. The Court of Appeals explained that “the overbroad geographic restriction of the covenant was (not) written in clearly separate and divisible clauses, and the ‘interdicted territory’ was (not) referenced separately (but) rather … as ‘one indivisible whole.'”  As such, the court refused to redact “sentence fragments from the indivisible whole of each contested paragraph while … changing the entire meaning and import of each paragraph.” The Court of Appeals showed zero sympathy for employers who forced employees to sign overbroad covenants. In fact, it virtually invited employees to sign overbroad covenants and be content with the knowledge that the Indiana courts will “shred” them. Such a threat warrants serious attention in the drafting of all employment agreements!

Although this case arose in Indiana, the general principles of careful drafting and precise wording of restrictions can be applied to these agreements in employment generally.

David Carr is a partner in Ice Miler LLPs Indianapolis, Indiana, office. For more information about the application and use of these agreements, contact Carr in Ice Miller’s Labor, Employment and Immigration Group by calling 317.236.5840 or emailing david.carr@icemiller.com.

This publication is intended for general information purposes only and does not and is not intended to constitute legal advice. The reader must consult with legal counsel to determine how laws or decisions discussed herein apply to the reader’s specific circumstances. 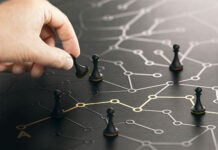 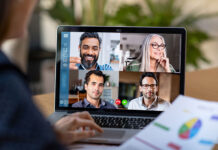