On the federal level, the Environmental Protection Agency (EPA) is tasked with protecting human health and the environment. One of the major regulations that EPA is working on is the Toxic Substances Control Act (TSCA). TSCA is the main federal law that governs chemical safety in the United States.

Presently, EPA is holding public meetings and developing proposed rules, as well as continuing to evaluate chemicals. EPA is specifically obligated by the legislation to publish two final rules by June 2017 (the one-year anniversary of the passage of the legislation) that will have a direct effect on the plastics industry. The two rules that must be completed are the Prioritization Procedural Rule and the Risk Evaluation Process.

The Prioritization Procedural Rule must establish a risk-based process by which EPA identifies chemicals to prioritize for the Risk Evaluation Process. The rule will identify how the chemicals are evaluated as either “high” or “low” priority. Chemicals that are designated “high” priority will require a risk evaluation to determine their safety. Chemicals that are designated “low” priority do not require further action.

The Risk Evaluation Process rule will establish a new risk-based safety standard, which will be used to determine “unreasonable risk.” EPA is required to complete a final risk management action within two years on any chemical that is deemed to have an “unreasonable risk.”

The administration has promised (and is obligated by law) to have proposed rules published in December 2016 for both the Prioritization Procedural Rule and the Risk Evaluation Process. The proposed rules are a prerequisite to have the final rules completed by June 2017.

The impacts of the elections in November and the subsequent changing of the White House (and likely some EPA staff) are yet to be seen but could work to impede the publication of final rules.

One of the issues facing the plastics industry is a lockout/tagout issue in Michigan. Currently, Michigan Occupational Safety and Health Administration (MIOSHA) offers alternative procedures from the overarching OSHA lockout/tagout rule. This is referred to in Part 62 of the General Industry Safety Standards of the Michigan code. The alternatives allow plastics manufacturers to comply with safety regulations in a manner that saves them downtime on the equipment and maintains the same level of safety. Effective Jan. 1, 2017, the alternative compliance methods are no longer permitted.

This creates a major issue because without these alternatives the lockout/tagout process will cause significant additional downtime. Further, it may require equipment to be retrofitted at the cost of the manufacturer. The worst part of the situation is that there is no additional level of safety gained by banning the alternative routes of compliance.

The Consumer Product Safety Commission (CPSC) has published a proposed rule to allow some rigid plastic products to forego phthalate testing. This is a very positive, logical step for CPSC, and one that SPI strongly supports.

Testing rigid plastics for phthalates is an unnecessary step because phthalates make products flexible; hence, rigid plastic products will not contain phthalates. SPI supports the rule and strongly encourages CPSC to expand this rule to include additional products beyond the scope of the proposal.

A number of federal rules impact the plastics industry, including those concerning the tracking of workplace injuries, overtime and risk management for facilities with hazardous chemicals on site.

The Occupational Health and Safety Administration (OSHA) recently published the final Recordkeeping – Improve Tracking of Workplace Injuries and Illnesses rule. This rule requires employers to electronically file all injury and illness reports with OSHA. A major concern of this rule is that OSHA will publish the reports (though they will redact the names of the employees) because there is a possibility that publication could discourage employees from reporting injuries for fear of their identity leaking and their personal information becoming public. The rule takes effect Jan. 1, 2017, and the first reporting requirements are July 2017.

Another rule that industry is struggling with is the Department of Labor’s (DOL) Overtime Rule, which was published in May 2016. This rule changes the requirements on employers to pay overtime based on employee salary. The new rule sets the standard salary level at $47,476 annually for a full year; the previous mark was $23,600. The rule goes into effect Dec. 1, 2016, though it is being challenged by an industry-backed lawsuit.

EPA has published a Risk Management Plan proposed rule. At the same time, OSHA is contemplating publishing a proposed rule on Process Safety Management. These rules both cover facilities that have designated amounts of hazardous chemicals on site. The rules require the facility to have plans in place in case there is a release of the chemicals.

The plastics industry is working to make sure that the rules are similar, do not conflict and make compliance easy. Since both rules have similar intended purposes, the goal should be to make the requirements of the rules similar to avoid potential conflicts in compliance.

The plastics industry also is greatly concerned with marine debris. SPI is beginning to see marine debris shape legislation and regulations throughout the US. One specific instance is the Microbeads Free Water Act, which passed in December 2015. The plastics industry supported the legislation, which includes the phase-out of rinse-off cosmetics that contain intentionally-added plastic microbeads. The legislation begins to take effect July 1, 2017.

SPI also is working with several states on formal waste management plans. These plans include a variety of issues, including solid waste, recycling and curbside pickups. SPI is providing input to states to make sure they develop plans that will have both a positive effect on waste management, as well as maintain job security for plastics industry employees.

Robert F. Helminiak is vice president of Science and Regulatory Affairs with SPI: The Plastics Industry Trade Association. Founded in 1937, SPI: The Plastics Industry Trade Association promotes growth in the $427 billion US plastics industry. Representing nearly one million American workers in the third largest US manufacturing industry, SPI delivers advocacy, market research, industry promotion, and the fostering of business relationships and zero waste strategies. The SPI advocacy staff of in-house lobbyists, along with a network of consultants and coalition partners, carefully monitors and evaluates legislative and regulatory proposals and then designs and implements strategies to address policy challenges and opportunities to ensure that the plastics industrys voice is heard. For additional questions, email [email protected]. 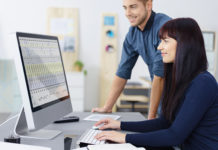 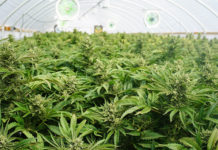