For the second consecutive year, the SPE Decorating & Assembly Division and the In-Mold Decorating Association (IMDA) jointly conducted their conferences in Lincolnshire, Illinois, June 18-20. The combined event was a huge success, with more than 180 total attendees and 36 exhibits for the Supplier Trade Fair.

“We were very pleased with the success of our combined IMDA Symposium/SPE TopCon,” stated IMDA Executive Director Ron Schulz. “The innovative programming of interactive workshops, invited papers and 36 exhibitors at the Supplier Trade Fair truly made it ‘two conferences, one great event’ – and it was enthusiastically received by the attendees.”

The two-day event included general session paper presentations as well as breakout sessions for decorating, assembly, in-mold labels and in-mold decorating. Both days also included interactive workshops, allowing participants to choose two workshops to attend each day. Subjects for the workshops ranged from a live plasma treatment demonstration and a session on choosing the optimum assembly method to programming explaining the benefits of running full production IML-T and IML/IMD for other plastics beyond PP. Each workshop was kept to 25 to 30 participants to create an optimal environment for networking and discussion. “IMDA has been conducting workshops with its conference for several years. We felt that it also could work well for our group and implemented a similar format this year,” stated Jeff Peterson, organizer of this year’s TopCon and current SPE Decorating & Assembly Division board member. “We were extremely pleased with how the workshops created discussion and an interactive atmosphere beyond the conventional paper presentations.”

In addition to the programming, the Supplier Trade Fair provided attendees time to visit and network with leading industry suppliers throughout the event, including during an extended lunch and an evening reception on the first day. “It was great to see the number of people interacting with our suppliers,” added Peterson. “Many of the suppliers told me they received targeted leads from the event, which means our attendees are using the suppliers’ resources to find solutions to issues at their facilities.” “This year’s TopCon/IMDA Symposium was the best one I’ve attended so far,” said Jeff Busse, technology and product development team leader for Dura-Tech Industries, La Crosse, Wisconsin. “The speakers were very informative, and many of the presentations were on what I call ‘industrial’ IMD – markets such as appliance and automotive. The trade fair also was very good. Dura-Tech had four attendees, and we all had the same opinion.

The combined event will take a break next year to accommodate NPE 2018, but plans are already underway to conduct a similar combined conference in 2019. Plastics Decorating will keep readers up to date with more details on the next event as information becomes available. 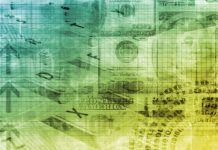 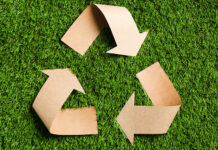