The demand for high-contrast laser marking on nylon (polyamide) plastic products is rapidly increasing due to its wide range of industrial applications. Functional and decorative markings include alphanumeric identification, data matrix/QR vision codes, diagrams and micro-structures.

A basic parameter for describing the quality of marking is the color contrast between the marked surface and the substrate. There are three surface mechanisms for color change using NIR lasers, including Ytterbium fiber, Vanadate (Nd:YVO4) and Nd:YAG: 1) black marking by carbonization, 2) white marking by foam generation and 3) color changes by laser-induced thermal chemical reactions of pigmented polymers1. Among the most demanded contrast colors are opaque white on black, jet black on white and opaque white on medium blue. These color combinations often require chemical additives. Additives improve the degree of color contrast (absorption of laser light), which are further intensified by optimal laser selection and marking parameters.

What is nylon (polyamide)?

Polyamides, or nylon, are the major engineering and high-performance thermoplastics class containing repeating amide linkages, i.e., –CO-NH–. These are formed by condensing identical units, copolymers for different units. Nylon is made from polycondensation of diacid with a diamine or by ring-opening polymerization of lactams with six, 11 or 12 carbon atoms2. Nylon monomers can be aliphatic, semi-aromatic or aromatic (aramids) and can range in structure from amorphous, semi-crystalline and of greater or lesser crystallinity.

The aliphatic polyamides are produced on a much larger scale than the fully aromatic polyamides and are one of the most important classes of engineering thermoplastics. They are amorphous or only moderately crystalline when injection molded, but the degree of crystallinity can be increased.

Two important polyamides are poly(hexamethylene adipamide) (nylon 6,6) and polycaprolactam (nylon 6). Additional aliphatic polyamides include nylon 12, 69, 6-10, 6-12, 46 and 1212. Nylon 11 is a bio-based engineering plastic that is derived from renewable resources (castor plants).

Polyphthalamide (PPA) is a subset of thermoplastic synthetic resins in the polyamide (nylon) family, defined as when 55% or more moles of the carboxylic acid portion of the repeating unit in the polymer chain is composed. PPA is semi-aromatic, semi-crystalline. PPAs fill the performance gap between aliphatic nylons, such as PA6,6 and PA6, and the much more expensive polyaramids.

One parameter for describing the quality of marking is the color contrast between the marked surface and the background. Contrast is not always achieved by the color change itself, as it also can be obtained by the variable light diffraction.

Laser additives are supplied in pellet granulate and powder form. Granulate products are blended directly with the polymer resin, while powder forms are converted to masterbatch. The loading concentration level by weight (in the final part) typically ranges between 0.01 and 3.0%. Homogeneous distribution/dispersion of laser additives throughout each part is critical to achieve optimal color contrast.

Some additives contain mixtures of antimony-doped tin oxide and antimony trioxide that can impart a “grayish” tint to the natural (uncolored) substrate opacity. Other additives can contain aluminum particles, mixed metal oxides and proprietary compounds.

Color adjustments are made using pigments and dyes to achieve the final colormatch appearance. Specific additives have received FDA approval for food contact and food packaging use under conditions A-H of 21 CFR 178.3297 Colorants for Polymers1.

Fixed-pulse (Q-switched) and variable pulse (MOPA) nanosecond fiber lasers are sold by several laser companies, including IPG Photonics and SPI Lasers. Q-switched fiber lasers, typically 100 to 150 ns pulse width, are employed for some polymer marking applications, but their repetition rate is limited to around 80 kHz because of the inherent constraint of Q-switching technology.

Directly modulated MOPA (DM-MOPA) fiber lasers operate at repetition rates up to 500 kHz at nanosecond pulse widths. Pulse Width [ns] is a measure of the time between the beginning and end of the pulse, typically based on the full width half maximum (FWHM) of the pulse shape.

High repetition rates generally translate into faster marking speed (in conjunction with other laser/wave form parameters). There are significant differences in wave forms and degree of surface carbonization3 (see Image 1).

Subsurface marking is achievable on clear plastics for medical applications. Generally, MOPA lasers generate pulse widths (pulse duration) from 1 ns to 250 ns (and higher). The Sabreen Group has found 20 ns to 50 ns an ideal range for optimal color contrast in many polymer applications, including nylons.

Grade “A” verification often is required for military, aerospace, automotive and pharmaceutical products. High-contrast code readability has additional benefits – faster marking speeds and low-cost, hand-held readers can be used throughout the factory. 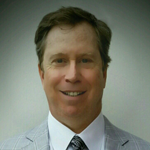 Scott R. Sabreen is founder and president of The Sabreen Group, Inc., an engineering consulting company specializing in secondary plastics manufacturing processes – surface pretreatments, adhesion bonding, inkjet printing, laser marking, decorating and finishing and product security. Sabreen has been developing pioneering technologies and solving manufacturing problems for more than 30 years. He can be contacted at 972.820.6777 or by visiting www.sabreen.com.