Kurz Transfer Products, L.P., Huntersville, North Carolina, created a decorated door panel prototype that could be used to showcase several of the company’s decorating technology options, including hot stamping, IMD Roll, IMD Sheet and Insert. In the end, it was the application of the company’s in-mold roll-to-roll metallization process that rode the wave to a win in the 2021 In-Mold Decorating Association (IMDA) Awards competition.

The prototype – Deep Waves, Biofense – featured high-resolution decoration with a specialized vacuum metallization process that provided a gloss appearance that is formable and suited for many in-mold applications, including those with complex part geometries, deep drafts and radii. The metallization used is non-conductive to prevent any interference with in-mold electronics applications. This part also illustrated KURZ’s BIOFENSE technology, which aids in the fight against compromised surfaces by reducing and/or eliminating organisms and bacteria.

Why feature an in-mold decorating process?

The team at Kurz chose to feature a door panel insert as the means to showcase its decorating technology because automotive OEMs are increasingly interested in this one-step decoration process that occurs in the mold. “There’s no forming or trimming pre-mold event that happens that adds costs,” said Allan Quimby, marketing manager, Kurz Transfer Products. “It’s also a dry process when compared to other decorating technologies like chroming or painting, so to change the color or look, you just change the roll.”

The Deep Waves, Biofense prototype featured LEONHARD KURZ’s indium-based metallization, which is applied in an IMD series process that matches the shade of hard chrome plating. Using this decorating method, patterns and colors are feasible, as well as an authentic chrome look with glossy, matte, semi-matte or brushed surfaces. For this project, the metallization was applied in conjunction with decorative layers of colors that mimic ocean waves.

“There are certain limitations with IMD and part geometry, but it doesn’t mean it has to be less appealing,” said Tacosik. “Instead, it’s about operating in a defined feasibility range.”

To pump up the graphic appeal, the team at Kurz used color and the light-catching effects of the metal look to create a design that accentuates the part. Shades of blue shimmer along the curves and edges of the part, carrying the ocean wave look from end to end. “We can register a graphic to the part geometry in the IMD process for single-image and part-specific decoration,” said Tacosik, “and we can predetermine what the stretch is going to look like using a graphics simulator. Then the graphic is printed so it can accommodate the part geometry. It may look distorted in the flat, but it looks correct in the mold.”

Given the prevalence of in-vehicle communication and capacitive touch technologies, functionality also was a concern, given that traditional metallization can interfere with conductivity. “This is not only a decorative metallization but also a functional one for the Human Machine Interface (HMI) experiences that are prevalent,” said Tacosik. “Our indium-based metallization allows us to get that look without losing the interactions. It’s permeable to radar beams, so there’s no impedence to communication technologies.”

Also featured in the prototype is a coating that wards of bacteria for the life of a product and withstands harsh cleaning and hygiene requirements. In automotive interior parts where hands, arms and fingers constantly are brushing against door panels – and with a consumer public highly aware of the impact of contaminated surfaces on health and safety – Biofense coating provides a safety barrier in this age of COVID-19.

“We’re always looking at ways of increasing our topcoats, not only for abrasion, scratch or UV resistance but also from a bacterial standpoint,” Tacosik said. “With the onset of COVID-19, it became an impactful solution for that lack of trust in touching surfaces by adding a layer of protection.”

The Biofense layer prevents the formation of a microbial biofilm, integrating antibacterial surface properties for plastic components into a transparent surface protection that can be combined with a variety of designs.

One reason for the growing interest in in-mold decorating technology is its place in the sustainability conversation – IMD offers a wide range of options for decorative appeal without compromising the ability of the plastic part to be recycled.

“We’re not leaving any additional plastic in the part,” said Quimby. “There’s no new plastic being introduced as part of the decorative effect, and no coating that’s left on the outside of the part. As long as the part itself is recyclable, the decoration offers no ill effect to the recycling stream whatsoever.”

Tacosik added, “It gives the part huge aesthetic impact with no ill effects to sustainability.”

The Deep Waves, Biofense prototype was submitted in the 2021 In-Mold Decorating Association (IMDA) Awards Competition, where it received top honors in the “Best Use of In-Mold for a Prototype Product or In-House Promo” category and also received a Distinguished Achievement recognition for “Innovative Use Related to COVID-19.” 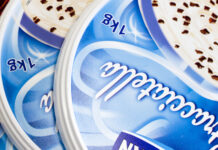 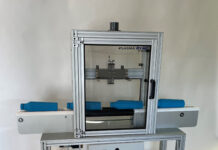 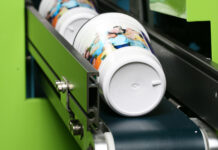