Demand in the marketplace for PVC-free products is growing, and a proprietary technology from Genesis Plastics Welding is allowing radio frequency welding of such eco-friendly, nonpolar materials without the use of additives or adhesives.

ecoGenesis™ is a system that “bolts on” to existing RF welding machinery and, using standard settings and no additives to the materials being welded, provides a strong bond between materials that previously weren’t candidates for RF welding, such as polyethylene, polypropylene, polyester, nylon and bioplastic. These phthalate-free materials are options to polyvinylchloride (PVC), which has become the subject of concern among consumer and health groups.

Tom Ryder, Genesis Plastics Welding president and chief executive officer, said ecoGenesis has been in development for more than 20 years. Today, the company applies ecoGenesis to products produced in its contract welding facility in Fortville, IN, and licenses the technology to other plastics manufacturing companies.

Among products Genesis is welding with ecoGenesis are disposable heating blankets, deep vein thrombosis sleeves and an IV line management system, Ryder described. But ecoGenesis applications extend across a variety of industries, examples of which include:

RF then and now

Traditional RF welding works by passing radio frequency waves through materials, exciting the molecules so that they heat up and meld together from the inside out, creating a strong bond. While RF welding has been used extensively with PVC and polyurethane (PU), Ryder said one of the biggest downsides to RF welding has been its limitation primarily to such polar materials – those with molecules that because of their positive and negative poles attract or repel one another. Nonpolar materials are made up of molecules without positive and negative poles. Those materials – like polyethylene, polypropylene, polyester, nylon and bioplastic – are candidates for ecoGenesis RF welding.

As described in a white paper paid for by Genesis Plastics Welding and The Dow Chemical Company, “Prior RF welding art allowed for only a few polymer films – like polyvinylchloride (PVC) and polyurethane (PU) – as candidates for a good RF weld.” Technical consultant OmniTech International was hired to evaluate ecoGenesis and “confirmed that films, copolymer films and fabrics with low dielectric factors (DLF) can efficiently and effectively be RF welded with ecoGenesis – without the aid of coatings, adhesives or other costly treatments.”

Other methods for bonding nonpolar materials include using heat sealing, impulse welding, adhesives or materials with polar additives, such as EVA, said Ryder, noting that each has its own drawbacks, whether limited dimensions to the weld or added materials costs. “There are other methods, they’re just not as efficient or cost-effective as ecoGenesis,” he said. By eliminating the need for expensive heat seal additives and allowing the substitution of lower-cost raw materials, ecoGenesis helps to keep costs down, the white paper notes.

Ryder said the ecoGenesis technology can be added to any standard RF machine, large or small, as easily as a tool can be changed, allowing a shop to switch from welding PVC and polyurethane in the morning to welding nonpolar materials like polyethylene and polypropylene in the afternoon. Because it is an addition to existing machinery, Ryder said, companies are saved a large investment in capital expenses. “Our technology lasts for tens of thousands of cycles. It doesn’t leave any residues. It doesn’t require any additives in the materials that you’re welding. And it can be taken on and off the machines,” Ryder described.

Operating ecoGenesis doesn’t require an extensive amount of training, he said. Genesis coaches a company’s setup technicians. “If a company has technicians that are very familiar with using RF welding, they’ll actually find it very simple to use,” Ryder said. Those operating the machine in many cases may not even realize it’s there. “It changes nothing with the day-to-day pushing the buttons and making the product,” he said.

Because Genesis Plastics Welding operates its own contract welding facility, which includes the ecoGenesis process among 24 different RF systems, it has been able to develop products for some companies or do pilot runs, testing and analysis before licensing ecoGenesis to a company.

Ryder said one challenge in crafting products out of nonpolar materials is that their surfaces don’t hold ink or decoration as well as PVC. Corona treatment can remedy this and allow for printing on these materials, but films that have been corona treated aren’t always able to be RF welded.

Genesis Plastics Welding has recently begun working with Plasmatreat, a company that has developed a surface treatment to allow for printing on nonpolar materials. It can be targeted only to the areas that will be printed, not the areas being welded. Ryder said the two companies are considering cooperative marketing in the future to highlight the benefits of their processes. Ryder said Plasmatreat sells equipment that can be used inline, right at the facility doing the printing.

ecoGenesis in the health field

While ecoGenesis’ applications range across a number of industries, much of its deployment so far has been in the medical field. Ryder said this is for several reasons: “Those products are sometimes more complicated in the manufacturing process. They are a little bit higher visibility as far as trying to get solutions to get out of PVC. And we find that most of the time the products are made with turntable processes and standard RF equipment versus the high-speed inline and automated equipment.”

In addition, there are a number of organizations advocating for “greener” products and technologies in medical settings: Health Care Without Harm, Practice Greenhealth, Healthy Hospital Initiative, CleanMed and the Medical Device Manufacturers Association, for example. The US Food and Drug Administration has cautioned health care providers to reduce patient exposure to the PVC plasticizer DEHP, particularly for infants and patients receiving multiple treatments.

Working with PolyOne GLS Thermoplastic Elastomers, Genesis Plastics Welding was able to mandrel weld IV bags and other products such as blood transfer and drainage bags and urinary bags using PolyOnes non-halogenated and non-plasticized GLS Versaflex thermoplastic elastomers (TPEs). Mandrel welding seals a two-dimensional bag around a three-dimensional tube, such as in an IV bag.

The push toward PVC and polyurethane alternatives is being driven in large part by public concerns about adverse health effects of phthalate plasticizers in some PVCs, which increase the material’s flexibility but also may leach out. Burning of PVC also releases harmful toxins, so disposal is a concern.

The Consumer Product Safety Improvement Act of 2008 (CPSIA) limits the amount of phthalates allowed in children’s products, and Californias Proposition 65 requires warnings on consumer products containing any of hundreds of chemicals that the state lists as known cancer- or birth-defect-causing agents. “PVC-free” and “phthalate-free” labels are becoming selling points for consumer products.

Ryder said large retailers are moving to reduce or eliminate PVC in their inventories. “Right now, companies like Staples, for example, are putting out press that says they want to be PVC-free in 2012 and 2013,” he said. “Wal-Mart’s giving better grades for PVC-free product. Target’s doing the same.”

“Companies like that on the retail end are pushing that with their suppliers,” he said, noting that businesses are looking for solutions now rather than waiting to see if more regulations will follow. “And from a packaging standpoint, if you have a product that’s not PVC and you add PVC packaging to it, you’re bringing your opportunity down with those retailers,” Ryder said.

While the applications of ecoGenesis will continue to grow as new materials emerge, Ryder said he doesn’t see traditional RF-welded materials disappearing. “PVC is a good material. I don’t think it will totally go away,” he said. But he noted that the potential of some materials, such as bioplastics, has barely been tapped.

“There are new materials coming out every day,” he said. “And being able to switch from one to the other is a good opportunity because there may not always be a better advantage with polar materials every time. ecoGenesis just provides people more opportunities and more options to choose from. It’s taking the RF technology and advancing its opportunities. It’s creating options. It’s not taking it away, it’s just making it better.” 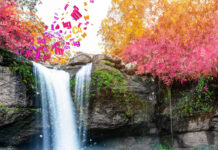 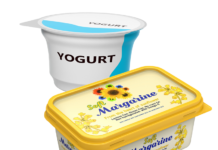