For nearly 20 years, Daltek, now CVG FinishTEK, of Dalton, GA, has been perfecting the art of hydrographic finishing, providing sleek custom graphics to the powersports and automotive industries.

From popular wood grain, carbon fiber and brushed metal designs for automotive and trucking applications to well-known camouflage patterns for all-terrain and side-by-side vehicles to flashy brights for snowmobiles, the options in hydrographic films only are limited by a customer’s imagination. Custom patterns and graphics also can be designed with one of several film companies that supply FinishTEK.

The company, formerly Daltek, was acquired in December 2012 by Commercial Vehicle Group, Inc. (Nasdaq: CVGI) and today enhances the capabilities of this worldwide supplier of cab-related products and systems for commercial vehicles, including the heavy-duty (Class 8) truck market; the construction, military, bus and agriculture markets; and the specialty transportation market.

Hydrographics, also sometimes called immersion printing or water transfer imaging, offers 360-degree coverage of a printed design onto dimensional parts. FinishTEK’s slogan is, “If it can be painted, it can be dipped.”

“It is not a decal,” explained Phil Raisin, co-founder and director of operations. “The printed pattern is transferred to the part, much like paint in that the carrier film is washed from the part and only the ink remains on the surface. The physical properties are enhanced by a top layer of an automotive clear coat.” Hydrographics meets the most demanding standards for hardness, UV- and chemical-resistance and adhesion to substrate, FinishTEK notes in its product literature.

The process at FinishTEK involves the following steps:

“Pictures don’t do FinishTEK any justice,” said John Haughian, vice president of operations. “You have to see videos. You have to see how the process goes. It’s a marvelous transformation.”

FinishTEK processes a part about every minute, Raisin said. The entire process takes about an hour and a half. Smaller parts are racked, so more are completed with each dip. The company has two robotic hydrographics production lines, and each is bound only by the dimensions of the dip tanks. “We can process parts up to about seven feet long and four feet wide,” Raisin explained. “There are some tricks where we can go a little bit bigger by dipping the part twice.”

Challenges in dipping include controlling stretch, activator levels, film variance and basic process parameters, and FinishTEK controls these things by automating as much as possible, including a Fanuc Robotics Dip, a Servo Driven Activator System and other key controls.

The company originally applied hydrographics to small consumer electronics such as cell phone cases for Motorola and RIM (Blackberry), but as it progressed into larger parts and more complex geometries, robotics became key to maintaining the consistency and tight tolerances that are more difficult to achieve with manual, or hand, dips. “Since we’ve added robotics, we’ve gotten very consistent dip results,” Raisin said. “I think we’ve pushed the industry harder.”

Employees are actively encouraged to contribute their suggestions for upholding quality and lowering costs. Raisin said the company expects each employee to submit suggestions annually and sometimes offers incentives such as T-shirts or other goodies for those who contribute.

One salient suggestion by an employee involved changing dip angles to reduce the amount of tape masking required on a part, thereby reducing the labor time and cost involved in its production. “When you’re running thousands of parts, it’s a pretty impactful change,” Raisin noted.

The vast majority of FinishTEK’s hydrographic decorating is on injection-molded and vacuum-formed plastics, but the process also can be used on metal substrates, vinyl and even leather.

FinishTEK’s process also is used with aluminum and stainless steel; for example, in side-by-side vehicle (SSV) back beds and some truck cab parts.

FinishTEK’s top customers are Honda, John Deere, Yamaha, Bemis and Bombardier Recreational Products. Today, the bulk of FinishTEK’s business is in the powersports industry, but the company is seeing growth in the automotive and heavy-duty trucking segments. The connection into the commercial vehicle segments has been facilitated through CVG’s long-standing customer relationships.

During the busy powersports season that spans roughly July through the end of the year, FinishTEK runs the plant at much higher utilization and employment rates and then flexes down during the slower spring season. Turnover is low, and many of the employees have been doing this type of seasonal work for 10 to 15 years, Haughian said. The company also encourages cross-training throughout the operation to help facilitate the flexibility of its workforce. FinishTEK operates from a 50,000-square-foot production facility in Dalton and has a 45,000-square-foot warehouse several blocks away.

FinishTEK originally was founded in 1993, painting small injection-molded parts. It began offering hydrographics in 1995 and was one of the first companies in the United States to pioneer that process for decorating parts. FinishTEK automated the hydrographic process in 1997 and in 2004 implemented a robotic dip system.

“If you look at one of the big sleeper truck cabs you see on the highways today, we can supply almost everything that the driver touches inside the vehicle except the glass and electronics,” Haughian said.

“FinishTEK is a natural extension of the services and products CVG already supplies to the commercial vehicle market,” he said. “It expands our portfolio of products we can provide to our customers today all under the CVG name. We weren’t as active in the municipal vehicle platforms, which FinishTEK has brought to the table,” he explained. “Now we also have a stronger position in the ATV (all-terrain vehicle) market, the SSVs (side-by-side vehicles) and personal watercraft, such as Sea-Doos.”

CVG provides injection molding at its Cabarrus facility in Concord, N.C., supplying molded parts to FinishTEK to be decorated and sent back to the OEMs for assembly. CVG also injection molds and decorates door components with wood grain hydrographics that go into some of the high-end truck brands.

While hydrographics costs more than paint alone, the opportunity for customization and differentiation creates value for the customer, coupled with the ability to generate an upscale appearance without substantial investment, Haughian said. “You can take an existing platform and give it a whole new look that paint just can’t do, and it will set your product apart from everybody else,” he said. “Not to mention, you can match exotic, expensive materials like wood grains and carbon fibers, and you can do it at a much lower cost than using the actual materials.”

Many customers also find that hydrographics are a great way to renew an existing product or program. “A lot of customers enter the market with just a painted version, which we robotically paint for them. Then six months into it they may want to refresh the program, and they’ll introduce a carbon fiber or a camouflage or a brushed metal to bring more energy back into the program,” Haughian said.

The potential to expand FinishTEK’s work in the trucking industry is vast. Haughian said many people who wouldn’t normally come to CVG as customers approached the company at the Mid-America Trucking Show to assess its decorating alternatives. He described excitement about the possibility of applying brushed metal hydrographic prints to items that normally would be sent to be chromed, a more expensive process. “A lot of the interior components really do lend themselves well to the hydrographics application that FinishTEK brings to the table,” Haughian said.

Similarly, Haughian noted that the average lifespan of a large truck design is between five and seven years before the major manufacturers refresh their programs. The next major refresh is expected around 2016, and Haughian said a number of large truck manufacturers are considering FinishTEK’s process to cut down on costs. “If you’re going to refurbish a truck, you’re talking about significant investment in new tooling to get new components made for that truck,” he described. “But CVG FinishTEK can take existing components, modify them by putting them through the hydrographics process and make them look very different.” Higher-end looks such as wood grain and carbon fiber also can command a higher price point for such deluxe finishes.

FinishTEK continues to stretch the boundaries with new hydrographics applications. It has developed a process for applying hydrographics to leather, which it unveiled at this year’s Mid-America Trucking Show to rave reviews. CVG showed off FinishTEK’s decoration of a complete “Duck Commander”-themed truck seat in a RealTree Max-5 camouflage finish popularized by the “Duck Dynasty” reality show stars. While the PVA film is the same for all applications, Raisin said different base coats and clear coats are used for the different substrates, such as leather.

Since acquiring the company, Commercial Vehicle Group has been investing in FinishTEK, increasing its hydrographic capabilities and working to expand operations. FinishTEK is wrapping up an upgrade of its major hydrographics lines. Once the upgrades are complete, FinishTEK’s automated lines will all operate in a Class 10,000 clean room environment, which is required for high-gloss finishing. “We’ve run high-gloss ATV programs for just about all of the OEMs,” Raisin said. “We do a lot of it, and that’s why we’re improving our performance and capacity in that capability.”

Other quality improvements have been implemented to hydrographics line washers, which Raisin said ensure a cleaner part right off the line and allow for better clear coating. FinishTEK also is targeting to achieve TS16949 and ISO 14001 quality certifications by the end of this year.

Future plans may include adding injection molding capabilities to FinishTEK’s production facility. “A lot of the product that FinishTEK processes today is consigned materials, so it comes from injection molders other than CVG,” Haughian said. “We are reviewing investments to add injection molding directly into the FinishTEK facility so we can do the molding and decorating under one roof.”

Haughian said he’d also like to see Class A painting capabilities within the next couple of years at FinishTEK, and CVG is researching that prospect. “If we see that as a viable business proposition, CVG will invest,” he said. “Our role is to expand on the synergies between CVG and FinishTEK and continue to watch FinishTEK flourish and grow over the next four to five years,” Haughian said. “We’ve got high expectations for FinishTEK’s future and a fantastic workforce down there to help us achieve those expectations.”

“Our goal is to make sure we continue to be a front-runner in this market for many years, and we intend to accomplish that through prudent investments in new technology and the development of our human capital,” Haughian explained. 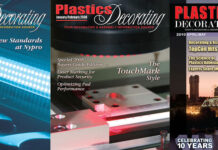 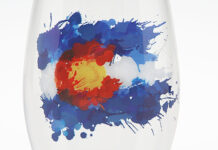