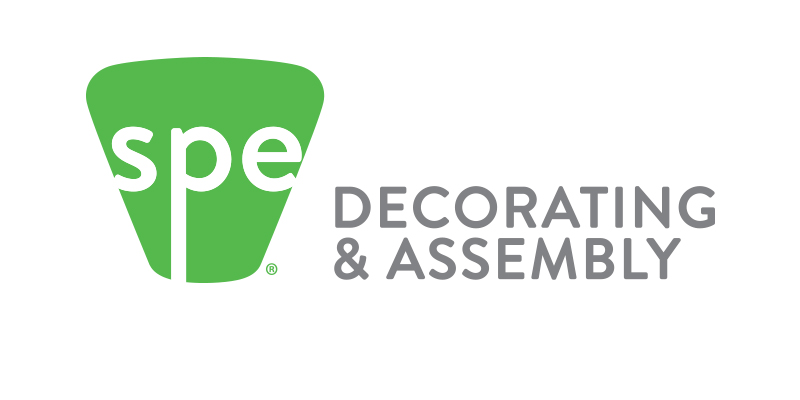 Letter from the Chair

The question recently was posed: what is plastic decoration? That actually is a very good question and, with the advances in materials and technology, becoming an even more important question. Plastic decoration is a very large umbrella covering a broad range of differing technologies for manipulating plastic. I have always defined plastic decoration as any post-mold (or in-mold) process used to impart additional aesthetic or functional properties to the part.

That definition used to be straightforward. A plastic part could be painted or pad printed. It might be electroplated to make a chrome appearance, or it might have an in-mold decorated element or label. These and many other processes still are in wide use. What has changed is not the definition, but the many options, advances in materials and new processes that significantly broadened the capabilities and outcomes. With the increased use of smart materials and nano technology, coatings can do much more than they ever have in the past. In-mold transfers of material now include circuitry, as well as decoration into the product. Quantum dots are allowing the manipulation of light to increase the color gamut in backlit products.

Even the traditional decoration methods are making significant progress. At the recent Society of Plastics Engineers’ Annual Technical Conference (SPE ANTEC) and National Plastics Exposition (NPE2015), there were many advances on display. Thermal transfers that were digitally printed, three-dimensional hot stamping of chrome appearances and lower cost fiber optic lasers for laser ablation of backlit graphics were but a few. On the manufacturing integration side, cells that included molding and digital decoration of lenses and advanced systems that allow improved control of blown air plasma for surface activation were on display.

Keeping up with the best solutions to meet your customers’ needs is not an easy task. If you missed this opportunity, you still can access all of the papers on the SPE website. Membership in SPE includes membership in two divisions, as well as access to a large database of technical papers.

A new feature of SPE is the web-based social network for the plastics industry. Of particular interest is Tech Talk, where plastics professionals come together from around the world to discuss the latest technical issues and innovations within the plastics marketplace. It enables you to put the knowledge and expertise of thousands of plastics professionals to work for you. Ask a question, or provide an answer. It is a great way to both network and seek help with specific problems.

Looking to the future, SPE is starting to develop programs for two opportunities for learning and networking. The first is the 2016 SPE Annual Technical Conference (ANTEC), which will be held in Indianapolis, Indiana, from May 23-25, 2016. The second, which is more focused on plastic decoration and joining, is the Decorating and Assembly Division Topical Conference (TopCon), which will be held in Nashville, Tennessee, from June 7-8, 2016. Calls for papers will go out soon, so if you have a new technology or process, this would be a good chance to introduce them.

If you are not already a member of SPE, I would encourage you to join SPE and the Decoration and Assembly Division. In addition to reducing the cost of attending ANTEC and TopCon, membership provides access to the extensive SPE library and many other benefits. Learn more at the Society of Plastics Engineers website, www.4spe.org, or by contacting me at [email protected].

In Memory of Jordan Rotheiser

Jordan Rotheiser, longtime friend and supporter of SPE, passed away on March 24, 2015.

Rotheiser first joined SPE and the Chicago Section in 1960. He still was an active member upon his death. Rotheiser was a member of SPE’s Decorating and Assembly Division, serving on Board of Directors, acting for two years as ANTEC Technical Program Committee Chair and representing the Division on the National Council for eight years. He also wrote a series of educational articles for Plastics Decorating.

A University of Illinois graduate, Rotheiser earned a Bachelor of Science Degree in Industrial Engineering and a Bachelor of Fine Arts Degree in Industrial Design. He worked at the body styling division at General Motors Fisher Bodywork (1959-1960), Abbott Laboratories (1960-1963) and the Raymond Loewy Industrial Design Studio in Paris, France (1963-1964). He then founded and ran Rotheiser Design from 1964 until his health declined in 2014. His entire career was devoted to plastic product design and development.

Rotheiser was active in the Chicago Section of SPE and was elected to the Board of Directors, where he served on several committees. His success there resulted in his being recruited to chair the National SPE Membership Committee. Rotheiser was a charter member and Chairman of SPE’s Product Design and Development Division, where he served for five years as ANTEC Program Chairman and an additional four years as Conference Program Chairman. He also represented the Division on the National Council for three years.

In 1981 he introduced a series of Plastics Technology Seminars and eventually presented over 100 of those 1-2 day programs, in addition to numerous technical papers at plastics conferences. In 1999, he published “Joining of Plastics,” a book containing technical information and knowledge learned over his 39 years as a plastics product designer.

Rotheiser was inducted into the Plastics Pioneers Association (2002). In addition, his work for SPE was acknowledged by his receipt of the Honored Service Members Award. Rotheiser also was elected as a Fellow of the Society, one of only 309 of the Society’s 15,000 members to have received this high honor.