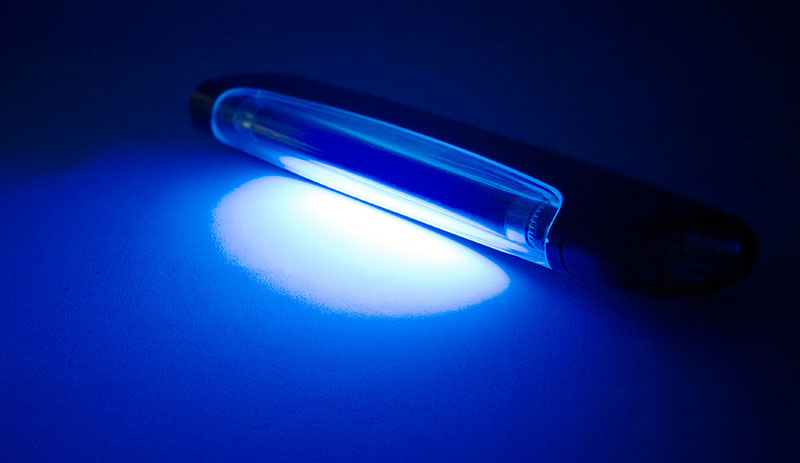 UV LED curing is becoming a more popular option for plastic parts molders and decorators. To find out more about this evolving technology, Plastics Decorating sat down with industry consultant Jennifer Heathcote of Eminence UV.

What are some advantages of using UV LED curing for inks and coatings on plastic parts?

Less heat transfer, however, does not mean no heat transfer. While LED output contains none of the heat-generating infrared wavelengths found in mercury lamps, ultraviolet light is still energy. Whatever energy does not go into the photopolymer reaction will transfer to the parts and surrounding machine components as heat. A little heat is acceptable and promotes crosslinking within the chemistry. Additional unwanted heat can be managed by operating systems within the optimal irradiance and energy density windows for the formulation and machine speed. An optimal combination of the two will generate the desired cure while minimizing heat transfer.

UV LED curing systems can be switched on and off instantly. The total number of starts and stops has zero impact on system life and performance. LED heads do not require shutters or warm-up and cool-down cycles. As a result, powering LED systems only when the line is running with parts moving further reduces heat transfer to sensitive plastic materials.

What are some challenges with using LED curing on plastic parts?

For UV LED clear coatings, achieving a hard, scratch- and chemical-resistant surface cure without yellowing has long been the primary challenge. This is because the chemistry of conventional UV coatings relies on shorter wavelengths for sufficient cross-linking at the surface. Current short wavelength UVB and UVC LEDs do not yet satisfy output, cost, reliability and life requirements and lag development compared to longer UVA LEDs. Nevertheless, delivering the optimal irradiance and energy density, coupled with adjustments to the formulation, generally has been found to resolve surface cure and yellowing issues for LED-formulated graphics coatings. For more challenging formulations, such as functional and industrial hard coatings, ongoing development work is being done in an attempt to close the gap.

When is more conventional UV curing, as opposed to LED, still the best option?

There are two areas where conventional mercury lamps are still needed. They include industrial hard coats and applications that require lamps to cure across distances of several inches or more. Industrial hard coats include those coatings applied to raw plastic stock during the original manufacturing process, spray coatings applied to formed parts and pre-coatings on films that are cured after forming but before the IML or IMD molding process. These coatings are based on chemistry that requires UVC and UVB wavelengths to fully cross-link the surface and prevent yellowing. UVC and UVB LEDs are not yet viable options.

For parts with drastic or deep profiles – as well as UV curing ovens where a wide range of parts and sizes are typically transported and often rotated on overhead conveyors, chainon-edge conveyors or racks – UV LED curing systems have not yet been optimized to deliver sufficient irradiance and energy density across the distance that separates the lamps and the cure surface. Conventional mercury arc and microwave lamps are more effective. There is growing interest in LED for these spaces, but these applications require modifi cations to both the lamps and the chemistry, as well as development commitment from suppliers.

UV LED systems are inherently longer lasting than conventional lamps and degrade much more gradually. UV LED life, however, is also not an absolute. When manufacturers overdrive and/or under-cool LEDs and end users ignore basic housekeeping, lamp life is compromised. Not all UV LED system suppliers currently off er designs that meet the highest established lifetimes in excess of 20,000 hours. The better designed and maintained systems will last beyond 20,000 hours, and the inferior systems will suff er performance losses within much shorter windows.

Conventional UV formulations must be modified by suppliers to cure with UV LED technology. Suppliers new to LED chemistry tend to formulate to a higher irradiance. Further optimization often results in chemistry that can typically cure at lower irradiance levels – provided there is sufficient energy density delivered by the LED system. Many formulators are also making UV LED offerings backward compatible so that they work with both conventional and UV LED lamps. This reduces the inventory that must be carried when both technologies are used by a company during a transition period.

Are there advantages of using UV LED curing for digital inkjet applications?

Digital inkjet benefits from LED in all the same ways other printing and coating technologies benefit. Digital inkjet printing, however, was a very early adopter of UV LED technology for three key reasons. 1) Digital inkjet is typically a slower print speed than analog. This enables energy density to build through a longer lamp exposure time or multiple passes of the lamp. Digital presses did not need the energy density to be emitted all at once, as is the case with higher speed processes. 2) The close proximity of the inkjet print heads to the print surface enabled the UV LED curing heads to also be located within 10 mm of the cure surface. Irradiance decreases as the distance between the lamp and cure surface increases, and LED systems do not have a 50 mm (2″) focal length, as is common with conventional lamp heads. Machine builders have historically utilized the focal distance to place the lamp heads out of the way of machine mechanics. With digital printers, this wasn’t a requirement and meant that lower powered lamps could be utilized. 3) UV digital inkjet was still relatively new when LED technology entered the market. Many OEMs were releasing new printers annually and were very keen to adopt technology that gave them an advantage over competitors. This facilitated a rapid adoption of LED technology compared to other markets.

Digital inkjet has been able to utilize UV LED technology for more than ten years in sign production and part decoration. The technologies are an ideal fi t and continue to evolve. Label printers are increasingly considering UV digital inkjet. A few digital label presses are already 100% LED, while others are still using LED for pinning and mercury lamps for the final cure. Ink formulation changes are necessary for hybrid label printers to switch to 100% LED.

What the industry has learned in digital inkjet regarding chemistry and lamp design has facilitated development in the analog markets. There is now a greater understanding of how the technologies work together, and this is paving the way for new analog LED applications as well as digital inkjet uses in applications outside of signage and direct-to-part printing.

What do you see for the future for UV LED curing for plastics?

As both UV LED lamps and the chemistry continue to evolve in ways that make them even more compatible and versatile, LED technology will be a suitable alternative for all plastic decorating processes that currently use conventional mercury arc and microwave curing systems. This is a natural progression of the technology. The real opportunities, however, lie in applications that will harness LED output to create new plastic part designs that cannot be done today or to enable better ways of processing and decorating plastic parts. The industry needs manufacturers with big imaginations and a willingness to understand the nuances of LED technology and how it is very different from conventional curing. Those that do will capitalize on opportunities and shape the future of plastics decoration.

Jennifer Heathcote serves as a subject matter expert in UV curing, providing services and guidance to converters, manufacturers, OEMs and others in the UV curing supply chain. She provides assistance in decision-making processes, shortcuts, development timelines and helps companies navigate the challenges associated with new U V curing purchases, retrofits and development programs. For more information, contact her at [email protected].