Ultrasonic energy has been used to assemble plastics for over 40 years. Today, ultrasonic welding is used for a myriad of assembly applications in such industries as automotive, appliances, packaging, toys, medical, cosmetics, and electronics. It is the fastest, most repeatable, and economical assembly process available, and can be executed without heat, mechanical fasteners, or hazardous consumables, such as adhesives or solvents. The equipment can be readily automated so that any non-technical operator can be trained in minutes to produce high volume, high integrity assemblies. It can join partssmall or large, simple or complexwith lower rejection rates than many other methods of plastics assembly.

The basic principle of ultrasonic assembly incorporates the conversion of high frequency electrical energy to high frequency mechanical energy in the form of reciprocating vertical motion. When that energy is applied to thermoplastic material, it generates frictional heat at the plastic-to-plastic or plastic-to-metal interface, melting the plastic and allowing the two surfaces to fuse together. When the plastic re-solidifies, it creates an extremely strong bond or weld. The entire process takes only a fraction of a second.

A typical ultrasonic welder is comprised of a power supply, a converter, a welding press, a welding tool or horn, and an anvil. The power supply converts conventional 110-volt wall current to 20,000 cycles of alternating current. This current passes through the converter where it is converted to mechanical motion and transmitted to the horn. The press holds the horn and forces it against the parts to be welded. Frictional heat is created at the joint interface, causing the plastic in the joint to melt and flow. When the movement is terminated, the plastic solidifies under pressure, forming a secure bond.

The most common application for ultrasonic assembly is the assembly of two injection molded thermoplastic parts. Ideally, they should be of the same resins, but in some cases, dissimilar resins can also be bonded together. In addition to welding, ultrasonic systems can be used to insert and stake a wide range of materials; i.e., threaded brass inserts can be installed into molded plastic bosses; standing walls can be swaged to entrap another component; plastic bosses can be staked over metal plates or printed circuit boards.

Inserting: Threaded inserts, grub screws or other metal parts can be ultrasonically embedded in thermoplastics using the inserting method. In the insertion process, a hole is molded into a plastic part, slightly smaller than the metal insert. The hole serves to guide the insert into place and creates resistance between the insert and thermoplastic material. Ultrasonic movement creates an intense heat-generating friction, melting the plastic at the interface and the insert is driven into the plastic part. The metal insert sinks under the combined action of the ultrasonics and the applied pressure on the horn.

Staking: Staking employs the melting and forming of a plastic stud to retain or lock another material (often dissimilar) in place. A plastic stud protrudes through a hole in the other material and is softened and melted by the staking horn. The molten stud, under pressure from the horn, compresses and takes the shape of the horn cavity. When the ultrasonic vibrations stop, the horn remains in contact with the melted stud until it has re-solidified. The process allows tight assemblies, design simplicity, and elimination of additional fasteners or screws. Staking requires a very short cycle time and horns can be designed to perform multiple stakes in one cycle.

Spot Welding: Spot welding is used for joining two thermoplastic parts with no preformed hole or energy director. The technique is particularly suited to large parts or parts with complicated geometry and hard to reach joining surfaces. Ultrasonic vibrations pass from the pilot of the welding tip and cause the plastic at the tips interface to melt. The tip melts through the plastic of the first component and continues to melt the plastic of the second component to a predetermined depth. The molten plastic flows together, creating a molecular bond. This produces a strong, clean weld, with one side having a raised ring produced by the welding tip and the other side retaining its cosmetic surface. Spot welding can be achieved with hand-held guns, single or double headed bench welders, or with gang welding systems consisting of numerous spot welding heads performing several welding operations simultaneously.

Swaging: Swaging is used to capture another component of an assembly by melting and reforming a ridge of plastic around the component. The ridge formed by swaging simply locks the second component in place without welding the two materials together. As in staking and spot welding, ultrasonic energy brings the plastic material to its molten state and the plastic is forced to adopt the shape of the horn being used.

Ultrasonic assembly can also be used to perform continuous line seals on thin films and fabrics, seal the ends of collapsible squeeze tubes, accomplish perimeter seals on clam shell packages, spot weld corrugated plastic sheeting in the manufacture of boxes, and much more.

The operating frequency of the ultrasonic system is typically 20 kHz or more. Ultrasonic welding at 40 kHz is particularly suited for smaller, precision applications requiring gentler action. Horns are about 50% smaller than those at 20 kHz, and have lower amplitude, which causes less stress on the parts being welded. Applications using 40 kHz welders include microelectronic components, printed circuit boards, and other high-precision assemblies such as medical devices and critical, close-tolerance plastic parts.

Most thermoplastic parts can be welded at 15 kHz, especially those fabricated from high-performance engineering resins. This lower frequency also enables larger horn design, facilitating the welding of larger assemblies. Uniform amplitude across the horn increases weld integrity, ensuring superior results. There is also significantly less attenuation, allowing many softer plastics to be welded, and at greater far field distances than with other frequencies.

Weldability of thermoplastic materials depends on their density, melting temperatures, modulus of elasticity, impact resistance, coefficient of friction, and thermal conductivity. Generally, the more rigid the plastic, the easier it is to weld. Low modulus materials such as polyethylene can often be welded, provided the horn can be positioned close to the joint area. In staking, the opposite is usually true. The softer the plastic, the easier it is to stake. Good results can be achieved with most plastics when the right amplitude and force combination is used.

There are some instances when ultrasonic welding is not the best choice. Dissimilar plastics are difficult to weld unless they have equal melt temperatures (within 30° F) and are chemically compatible. For example, crystalline resins have a high sharp melting temperature with no softening before melting and are therefore more difficult to weld than amorphous resins that have lower melt temperatures and flow easily without prematurely solidifying. Crystalline resins also require high amplitude and high pressure to produce successful welds, as they tend to melt and solidify quickly. Use of mold release agents and fillers may also interfere with the welding process. Molding release agents, particularly those with silicon in the form of aerosols, can affect heat generation and prevent the friction necessary to make a strong weld. Fillers may prevent sufficient bonding or make it difficult to obtain hermetic seals. High impact materials filled with butadiene or titanium oxide may have considerably diminished weldability or require weld times that are twice as long as other materials. It is best to consider all these factors early in the design stages to determine if ultrasonic welding will be the best assembly process for your application.

The benefits of ultrasonic assembly are numerous. Tight assemblies and welds that approach parent material strength are readily achievable. Microprocessor control of the ultrasonic system enables energy and/or time to be automatically adjusted during the weld cycle to ensure optimal, reliable weld quality. Most commonly used injection-molded materials can be ultrasonically welded without the use of solvents, heat, or adhesives, creating safer work environments. Systems can even be automated to save labor costs, resulting in a high productivity/cost ratio. Consider ultrasonic assembly for your applications. It may be the ultra-solution youve been looking for. 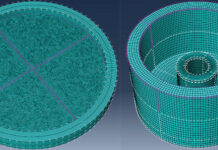 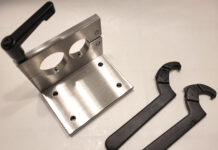 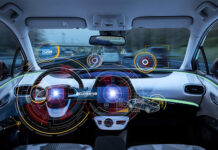